PH named country most affected by climate change in 2013 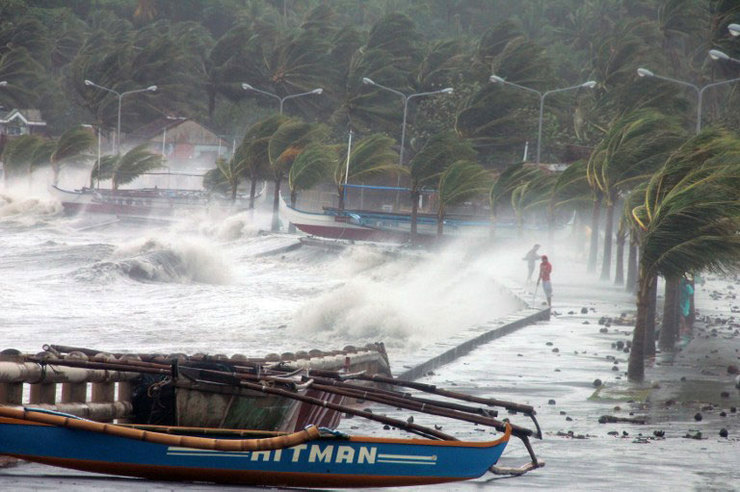 MANILA, Philippines – In the wake of a possible near-super typhoon entering the Philippines this week, the country tops a list of countries said to be most affected by climate change in 2013.

The index, based on events of 2013, ranked the Philippines as number one, followed by Cambodia and India.

Here are the top 10 countries:

In an index based on data from 1994 to 2013, the Philippines ranked 5th while Honduras, Myanmar, and Haiti topped the list.

The findings, said German Watch, “reconfirms that, according to the Climate Risk Index, less developed countries are generally more affected than industrialized countries.”

It cited the 2014 New Climate Economy Report as saying that if nothing is done to stop the Earth’s atmosphere from warming by more than 2 degrees Celsius, the world can expect more of these disasterous weather events.

Aksyon Klima, a Philippine organization advocating for climate justice, said the government should get a clear signal from this index that there is a need to better prepare communities for the effects of a rapidly changing climate.

The concept of climate justice is that more developed countries should help poor, more vulnerable countries prepare for and recover from the impacts of global warming.

“The government is, therefore, in great need of focus, political will, and resources to ensure that our communities, particularly the most vulnerable ones, are resilient,” said Aksyon Klima national coordinator Voltaire Alferez in a statement.

“They need to hasten the process and facilitate the resilience building of the local governments. We cannot afford more deaths, unmitigated destruction, and losses,” he added.

The year 2013 was when Super Typhoon Yolanda (international name Haiyan) devasted Eastern Visayas and left more than 6,300 dead. It is said to be the strongest typhoon to make landfall in recorded history.

The new list was released on the 3rd day of the United Nations 20th Conference of Parties held in Lima, Peru. In the gathering, negotiators from all over the world are working out the foundation for a legally-binding climate deal to be forged in a similar conference in Paris in 2015. – Rappler.com