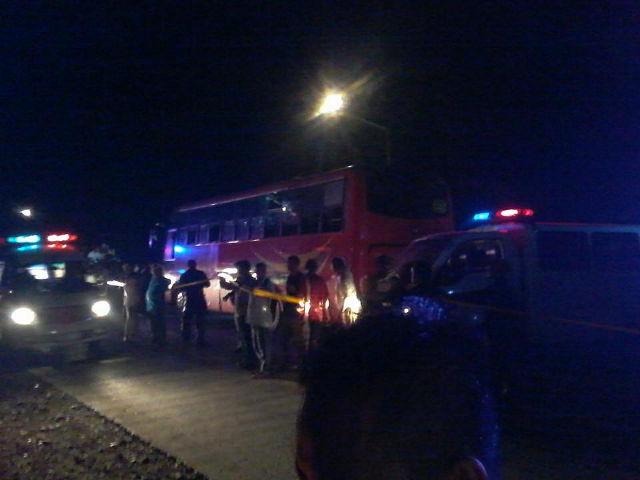 DAVAO CITY, Philippines (4th UPDATE) – Ten people including many high school students were killed when a bomb exploded aboard a bus in Bukidnon.

The bus operated by the Rural Transit company was travelling through the town of Maramag in the strife-torn island of Mindanao when the bomb went off, said regional spokesman Major Christian Uy.

Earlier reports cited 11 people dead, but an updated tally from the armed forces points to 10 deaths and 42 people wounded from the blast.

Many of the victims were high school students who had just boarded the bus as it passed a school in the town, said Lieutenant Norman Tagros, spokesman for a local infantry brigade. 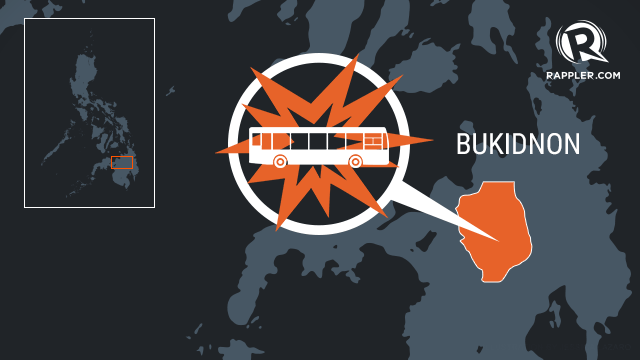 The bomb went off almost immediately after the students got on.

According to Major Ezra Balagtey, the bomb was made of an 81mm mortar round. It was cellphone activated, similar to earlier bombs made by the group of Dawtin Gendang of BIFF. An explosion in October in the same province had the same bomb signature.

Eighteen of the wounded victims were identified:

The wounded victims were brought to the Valencia City Hospital for treatment, the military said.

Tagros said extortion was being eyed as the likely motive. The bombing was the latest in a series of attacks on the bus company.

Ten people were killed when a bomb exploded aboard a bus operated by the same company on Mindanao in 2010, which was blamed on an extortion scheme linked to Muslim extremists.

Armed groups have proliferated in the southern Philippines since Muslim guerrillas began fighting in the 1970s to set up an Islamic state in that part of the largely Christian Philippines.

Among them is the Abu Sayyaf, an Al-Qaeda-linked group notorious for bombings and mass kidnappings, as well as other groups opposed to peace efforts in the south.

The main Islamic rebel group, the Moro Islamic Liberation Front, signed a peace agreement with the government in March.

In a statement, ARMM Governor Mujiv Hataman denounced the bombing. “It is unthinkable that someone could do that, especially that a number of victims were students who could be on their way home for the holidays,” he said.

“We denounce the incident and that those behind it should face justice,” Hataman added.

Meanwhile, Abu Misry Mama, spokesperson of the BIFF, denied accusations of BIFF involvement, saying they have no interest in attacking civilians.