Why call centers are here to stay

Dec 15, 2014 10:00 AM PHT
Rappler.com
Facebook Twitter Copy URL
Copied
The BPO industry has received conflicting reviews but here are the reasons why it's here for good

MANILA, Philippines – The Business Process Outsourcing (BPO) industry is one of the fastest growing sectors in the Philippines. With more and more Filipinos turning to call centers for careers, the spotlight on BPO industries has led to some scrutiny from the public.

While there are still people who perceive working at a call center as a dead-end career with erratic work hours, the BPO industry actually opens up a lot of opportunities for growth for both the economy and the individual.

The BPO industry is currently the largest job creator in the private sector and is a big driver of the country’s aggressive GDP growth. Many should not forget that only a few decades ago, the Philippines was suffering from high unemployment rates.

According to a study by the Asian Development Bank, the Philippines’ unemployment rates reached double digits in the mid-1980s and 1990s. Since then, the government sought a system that would help Filipinos earn jobs.

In 2011, the BPO industry became the biggest and fastest growing job provider in the private sector.

Looking forward, the BPO industry is projected to generate over 1.3M new jobs by 2016, growing 17% annually. 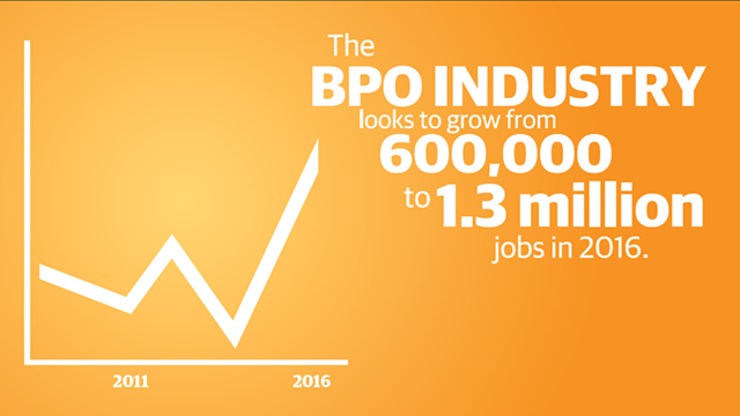 As a business, the BPO industry has generated billions of pesos worth of revenue every year. In 2011, the BPO sector generated P11B in revenue, which comprised 4.9% of total GDP – a big leap from their 0.075% in just one decade.

They made an even bigger leap in 2012, when they garnered over P13B in revenue, comprising 5.4% of the country’s total GDP.

In 2016, with plans to diversify its services, the BPO industry is estimated to garner P25B in revenue and contribute to 7.8% of the country’s GDP.

This growth has benefited individuals as well. Call center agencies offer notably higher compensation. Call center agents receive an average salary of P181,142 per year or P15,095 per month – 45% higher than the amount received by an ordinary office clerk. 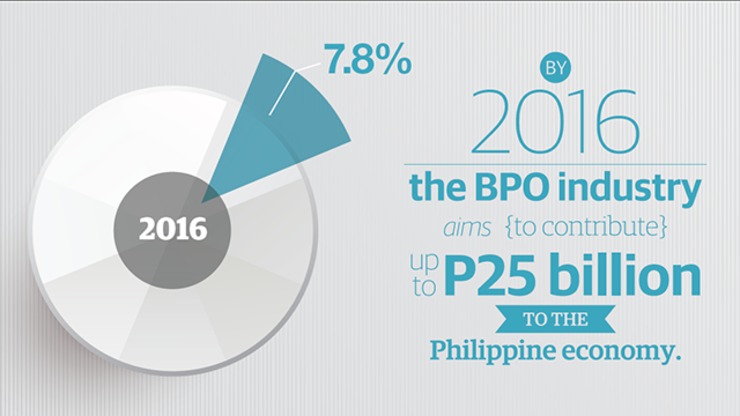 Ryan Gustilo, an employee of TeleTech, one of the biggest BPO companies in the industry, shares his story.

Ryan studied college while he worked as a fast food chain service crew member. But what he wanted was not just money, but a career. So he applied to TeleTech as a Customer Service Representative for a pioneer account. He worked his way up from the bottom.

After years of hard work, Ryan rose up the ranks to become an Escalation Desk Support Specialist and a Team Lead, until he got promoted to Operations Manager.

“At TeleTech, there is an opportunity for growth as long as you continue to perform and show your talent,” says Ryan. 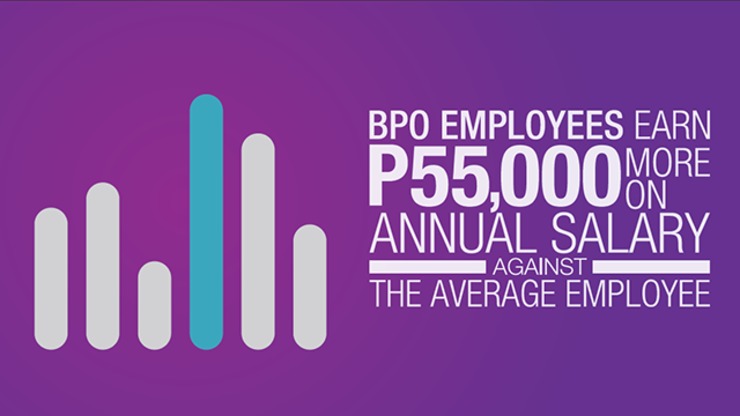 The BPO industry has become a key driver for the country. From both a macro- and micro-perspective, call centers allow Filipinos to improve their stations in life. They are a key factor in the rise of our economy and also the growth of the middle class. And best of all, they provide a dignified reason for Filipinos to stay in the country but earn salaries higher than the norm.

So that is why call centers are here for good. –Rappler.com