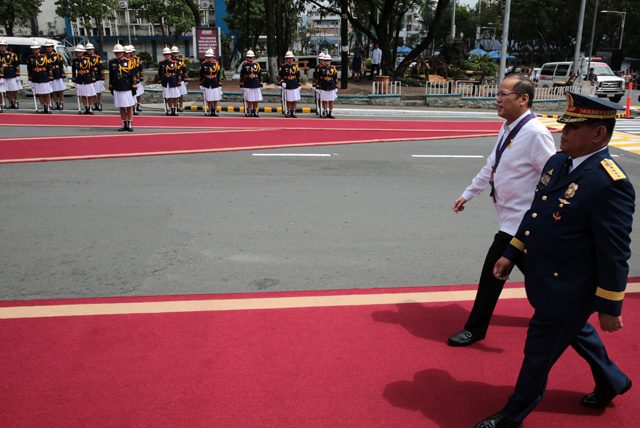 Purisima, who was appointed PNP chief in December 2012, is currently serving a 6-month preventive suspension order issued by the Ombudman over an allegedly anomalous deal between the PNP and courier service Werfast.

While Purisima is suspended, the PNP is headed by Deputy Director General Leonardo Espina as officer-in-charge (OIC).

To Drilon, having an OIC head the 150,000-strong national police force is unacceptable given two major events in the country in 2015: the visit of Pope Francis and the Asia-Pacific Economic Cooperation (APEC) Ministerial Meetings.

In a statement, Drilon cited two events that “require a full-time PNP chief to be on top of all security preparations.”

“In an organization such as the Philippine National Police where authority and leadership is strictly observed, Purisima’s suspension from his post would turn it into a ‘headless’ body,” said Drilon, a stalwart of the ruling Liberal Party (LP).

Drilon stopped short of urging the President to appoint an acting PNP chief.

But Drilon said an OIC has “limited power to effect changes and reforms in the PNP.”

Purisima, who was overseas when the suspension order was announced, has since “acknowledged” the order but has filed a motion for a Temporary Restraining Order (TRO) on the Ombudsman’s decision.

Purisima had also called “patently illegal” the Ombudsman’s order delegating the DILG to serve the suspension order since it is the Napolcom and not the DILG that has administrative control over the PNP.

Palace officials had earlier sought to assure the public that the performance of the PNP would not be affected by the suspension of its chief. – Rappler.com