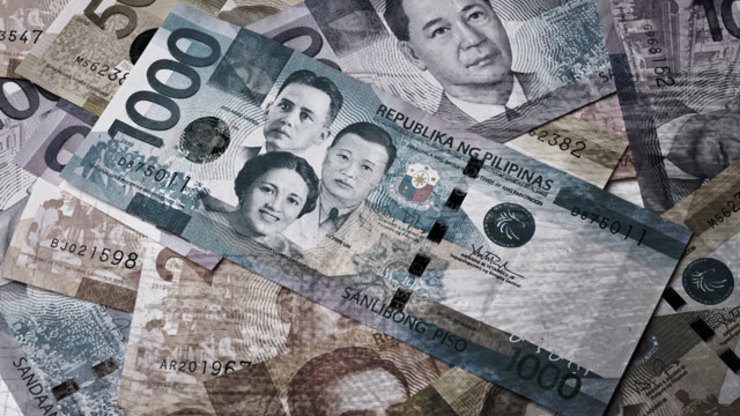 Facebook Twitter Copy URL
Copied
Over $9.16 billion in dirty money streamed out of the Philippines in 2012, depriving the economy of funds that could have been used to combat poverty and boost growth, says a Global Financial Integrity study

MANILA, Philippines – The Philippines is the 15th largest exporter of illicit money among  developing and emerging economies as of 2012, an international study released Tuesday, December 16, showed.

The ranking reflects a portion of the corruption, money laundering, and false trade documentation in the Southeast Asian country of nearly 100 million, over 20% of whom are estimated to be poor, according to government data.

Over $9.16 billion in dirty money came out of the Philippines in 2012 – an amount that reportedly facilitated crime, corruption, and tax evasion, said Washington-based research and advisory group Global Financial Integrity (GFI).

The study showed that a total of $93.49 billion or an average of $9.35 billion yearly from 2003 to 2012 illegally streamed out of the country, depriving the economy of funds that could have been used to combat poverty and boost growth.

The amount of funds drained from the Philippine economy is projected to be larger than reported, as some forms of illicit financial flows that are “typically intended to be hidden” are “difficult to estimate with precision,” the study said.

The international report, co-authored by GFI Chief Economist Dev Kar and GFI Junior Economist Joseph Spanjers, looked at the illicit outward movement of assets and funds in the developing world from 2003 to 2012, indicating the need for better regulation.

Nearly $1 trillion was lost by developing countries, the report said, with the export of dirty money growing at 9.4% a year.

This sustained growth in the outflow of illicit money hit a record high of $991.2 billion in 2012.

Spanjers said the amount lost by the Philippines and the rest of the developing world through “illicit financial flows” could “have been invested in local businesses, healthcare, education, or infrastructure.”

Instead, much of the money was lost through trade misinvoicing, a trade-based form of money laundering where the value of a commercial transaction on an invoice submitted to customs is deliberately misreported. The price, quantity or quality of a good or service is fraudulently manipulated.

“The fraudulent misinvoicing of trade transactions was revealed to be the largest component of illicit financial flows from developing countries, accounting for 77.8% of all illicit flows,” the GFI said.

The report explained that this is made possible by “the fact that trading partners write their own trade documents.” “Without concrete action addressing illicit outflows, the drain on the developing world is only going to grow larger,” Spanjers warned.

The study said the problem is “perpetuated primarily by opacity in the global financial system.”

This is reflected in “the existence of tax havens and secrecy jurisdictions, anonymous companies and other legal entities, and innumerable techniques available to launder dirty money.”

Multinational corporations should be required to publicly disclose their revenues, profits, losses, sales, taxes paid, subsidiaries, and staff levels on a country-by-country basis, the study said, as a deterrence to abusive tax avoidance practices.

Better customs enforcement must likewise be in place. Customs officers must be trained for better detection of intentional misinvoicing of trade transactions.

“Trade transactions involving tax haven jurisdictions should be treated with the highest level of scrutiny by customs, tax, and law enforcement officials, given the greater potential for abuse,” the report read. Overall, the largest outflows came from giant but still poorly-regulated economies like Brazil, China, India, and Russia, GFI reported. It noted that in China alone, $125 billion illicitly streamed out annually over the period.

In total, the report put the total illegal capital movements from developing and emerging economies in 2012 at $991.2 billion, greater than the combined sum of incoming foreign investment and foreign aid in those countries.

Over a decade, the total was $6.6 trillion, the equivalent of nearly 4% of the entire global economy.

In terms of the relative size of the impact, the countries most hurt by the flows were in the Middle East and North Africa and in Sub-Saharan Africa. – with reports from Agence France-Presse/Rappler.com