immunization program in the Philippines 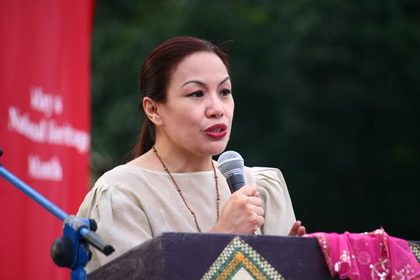 Lawyer Rose Beatrix Cruz-Angeles confirmed to Rappler.com that she was offered a post on the team that will defend Corona in his impeachment trial. Angeles said she has yet to decide if she would accept the invitation or not.

The female lawyer is scheduled to meet Corona later this week, the outcome of their meeting, according to her, will be a significant factor in her decision.

If she decides to accept the position, Angeles says she will be tasked to handle one of the articles of impeachment. The lawyer, who has her own law firm, is a graduate of the University of the Philippines, Diliman.

On January 9th, Angeles tweeted “You may have to miss me again, if I participate in the trial of the century,” hinting her participation in the Corona trial.

immunization program in the Philippines