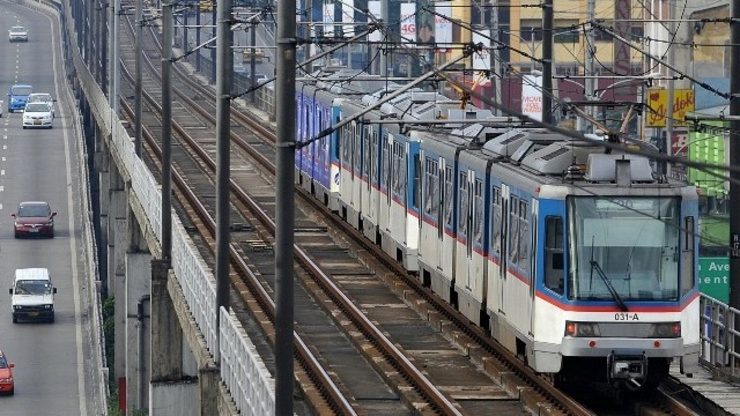 MANILA, Philippines —Before implementing any fare increases, the high costs it takes to operate the Metro Rail Transit (MRT) and the Light Rail Transit (LRT), and the large amount of debt the railway system has incurred through the years should first be investigated, partylist representatives said on Sunday, December 21.

Bayan Muna Representatives, who oppose the announced MRT/LRT fare hike, maintained that the government should not pass on debt and improvement costs to consumers.

“We are not against the development or the extension of the rail systems but we are against passing government irresponsibility and corporate greed not to mention corrupt practices onto hapless commuters,” said Bayan Muna Representative Neri Colmenares in a press statement on Sunday, December 21.

“We are also against sweetheart deals that to put it in the vernacular ‘ay ginigisa tayo sa sarili nating mantika,’” he added. (We’re being grilled in our own oil.)

The Department of Transportation and Communications announced (DOTC) on Saturday its approval of the fair hikes for the MRT3, and LRT 1 and 2.

Using the scheme’s formula, approved by the Light Rail Transit Authority (LRTA) back in 2011, the new maximum train fares are as follows:

The new prices will take effect on January 4, 2015. The hike has been long delayed, according to DOTC.

The lawmakers want Congress to fast track House Resolution 111 during the holidays to probe the proposed fare hikes.

“As it is, we are calling on the House leadership to call for a special session for this or for the Congress Transportation Committee to hold hearings for HR 111 even during the Christmas break because the fare increase will be implemented as early as the first Monday of January,” Colmenares said.

MRTC is a private consortium in charge of the maintenance of MRT-3.

Commuters have long expressed their discontent with train operations, while various groups have steadily opposed to the privatization of social services, including mass public transportation.

Earlier this year, President Benigno Aquino III said that MRT-3 is “not a good example of a good PPP,” one of administration’s flagship programs, the public-private partnerships on major infrastractures.

The government also found itself in a legal battle with SM over the mall’s plans of constructing an MRT-LRT common station.

“Before proposing any increases, the high cost of operations and the large amount of debt incurred by the project should first be investigated, specifically on whether taxpayers are actually subsidizing debt incurred by the private consortium that built the MRT,” said Bayan Muna Representative Carlos Zarate said.

“There is a need for the government to look into the operational costs of the MRT and LRT lines to check if there might be excessive expenses or mismanagement of funds,” he added.

In August, a train of the MRT was derailed at the Taft Avenue Station, injuring 36 passengers. This prompted senators to demand changes from the DOTC. (READ: MRT and violence)

The series of transportation problems exposed by netizens on social media was met with irony as DOTC Secretary Jun Abaya rode it himself and called it a “pleasant ride.”

Netizens complained that Abaya had it easy because he rode the women’s coach during dead hours. He then admitted that an upgrade was overdue.

Colmenares said that it is the government’s responsibility to subsidize public utilities such as the MRT and LRT lines.

“Losses brought about by debt, corruption and government crises should not be passed on to the public,” he said.

The lawmakers argued that the government should instead increase its subsidy to purchase more trains accommodating more passengers.

“Concepts like the user-pay’ concept is just a way for government to gradually rescind on its responsibility and ultimately privatize the mass transport system,” Colmenares said.

Some Filipinos have criticized the government’s Manila-centric focus on transportation issues.

For Colmenares, it is not wrong to subsidize projects benefiting specific regions – what is wrong is to “create conflict and division among regions and provinces and pit the projects and benefits of one region against the other.”

“The argument that the subsidy allotted to the MRT/LRT should be lowered or given to other regions because they do not use it is wrong because such an argument can also be used against projects in other regions,” Colmenares said. – Rappler.com