Dec 23, 2014 3:13 PM PHT
Natashya Gutierrez
Facebook Twitter Copy URL
Copied
All 3 enjoy a rise from their 2014 allocations as the administration focuses on rebuilding classrooms, repairing roads, and modernizing the military 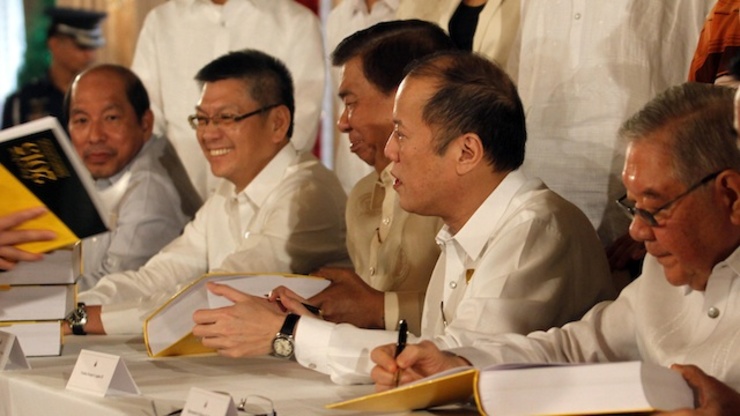 MANILA, Philippines – The departments of Education (DepEd), Public Works and Highways (DPWH), and National Defense (DND) are receiving the biggest allocations from the 2015 budget.

In a statement released by the Department of Budget and Management (DBM) on Tuesday, December 23, the agency said social services are “amply supported” under the 2015 General Appropriations Act (GAA) including:

Economic services meanwhile were hailed as “a major driver in the President’s inclusive growth campaign.” The government will focus on the following:

The statement also called attention to the climate change adaptation and mitigation projects of the administration, with P14 billion allocated to the National Disaster Risk Reduction and Management Fund, and P6.7 billion reserved for Quick Response Funds. Another P21.7 billion has been set aside for rehabilitation efforts post-Yolanda and other calamities.

The 2015 GAA was signed into law by Aquino also on Tuesday. – Rappler.com