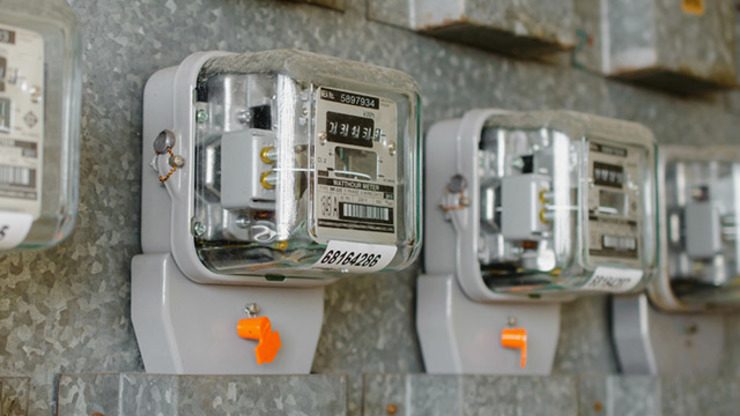 Facebook Twitter Copy URL
Copied
The P0.040/kWh additional uniform charge violates consumer rights as it bills consumers payment for power that has yet to be generated, a lawyer says

MANILA, Philippines – A temporary restraining order (TRO) must be issued against the “unreasonable” P0.040/kilowatt-hour (kWh) billing for renewable energy that will be charged to consumers by January 2015, a petitioner asked the Supreme Court.

The additional line item in consumers’ electric bills violates the Constitution and must be nullified, read an SC petition filed last December 19, a copy of which was made available to Rappler on Monday, December 22.

The P0.0406/kWh feed-in tariff allowance (FIT-All) sanctioned under an October 28 order by the Energy Regulatory Commission (ERC) is meant to fund renewable energy producers as part of government efforts to lessen dependence on fossil fuels.

Petitioner and lawyer Remigio Michael “Mike” Ancheta said that the manner it will be collected violates consumer rights, because it bills consumers payment for power that has yet to be generated and consumed.

For a regular residential customer of the Manila Electric Company (Meralco) consuming 200 kWh a month, this means an additional P8.12 ($0.18)* monthly, he added.

The FIT-All is part of the implementation of a feed-in tariff (FIT) system under the Renewable Energy (RE) Act of 2008, a law Ancheta believes is “laudable.”

But Ancheta said the law, which encourages the development of alternative sources of energy, does not call for advance billing.

Citing Section 7(e) of the RE Law and Section 5(c)(3) of the RE Law implementing rules and regulations, Ancheta said the FIT shall be paid only for “electricity produced,” which means its production is not “at a future time.”

State-owned National Transmission Corporation (Transco) was given provisional authority by the ERC in October to collect the additional uniform charge.

ERC Chairperson Zenaida Ducut had said the FIT-All should be viewed “with optimism” for the country’s “clean and energized future.”

But Ancheta said the ERC committed grave abuse of discretion in issuing an order which expands, modifies, and is inconsistent with the Congress’ legislative intent in enacting the RE Law.

“Had Congress intended to create a FIT-All Fund which will be financed by the consuming public to secure in advance the monies to be paid to RE providers once they operate, the law would have used clear and categorical language to convey such intent,” his petition read.

Ancheta stressed the danger of payment “ahead of the actual production, sale and use of renewable energy,” as some of these RE projects may not be completed.

“There is a probability that the electricity they are expected to produce will not materialize,” he warned, adding that this is “rather too advantageous to the RE producers at the expense of the consuming public.”

Ancheta added that the law’s vision of accelerating the development of emerging renewable energy resources can still be achieved by collecting from consumers FIT-All charges based on actual use.

“Under the ‘as used’ approach, the FIT-All Charge would be calculated, and billed, if necessary, only after the FIT eligible plants have actually operated and injected power to the grid,” he said.

Under the present system, he said the consuming public is made to pay for RE plants “projected to participate in the FIT program,” which “are not yet constructed or has yet to operate, and even before the electricity is produced.”

Another legal debacle for ERC

In January 2014, the ERC also came under fire before the High Court for its approval of an unprecedented P4.15/kWh power rate increase. (READ: Meralco inflated charges, SC told)

Bulk of the rate hike was due to generation charges or the cost of producing the electricity, which generation companies collect from power distribution firm Meralco. Meralco, in turn, passes on this cost to consumers.

Named respondents in the December petition are the ERC, Department of Energy (DOE), Transco, National Renewable Energy Board, and Meralco.

Congress unduly delegated “broad authority” to the DOE and the ERC in implementing the RE law, the petition claimed. – Rappler.com