Jan 8, 2015 8:45 AM PHT
Carmela Fonbuena
Facebook Twitter Copy URL
Copied
A Chinese airstrip in the West Philippine Sea will dramatically change the security situation because it will allow Chinese assets to stay longer in the area 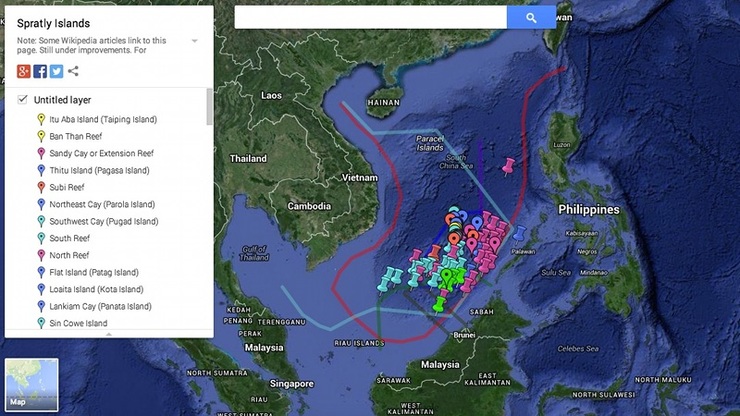 MANILA, Philippines – China’s reclamation activities in Kagitingan (Fiery Cross) Reef off the coast of Palawan in the West Philippine Sea, aimed at turning the rocky sandbar into an artificial island, are “maybe about 50% complete,” Armed Forces of the Philippines (AFP) chief General Gregorio Catapang Jr said.

“We continue to monitor what’s happening in the West Philippine Sea. We know that there is still ongoing reclamation in the area and we are just  awaiting decision of the [international tribunal] on whether the memorial that we filed was favorable to us,” Catapang told reporters on Wednesday, January 7.

“It (artificial island) is alarming in the sense that it could be used for other purposes other than for peaceful use,” Catapang added.

While the AFP chief said the military has yet to confirm if it is an airstrip China is building in the reclaimed land that he said appears to be 2 kilometers long, two Rappler sources whose tasks include monitoring the West Philippine Sea said there is no doubt that it is an airstrip.

“Matatapos nila siguro ‘yan ngayong taon. Mabilis sila (They will likely finish that this year. They’re fast,” said one of the sources. Both sources refused to be named because they are not authorized to issue public statements on the topic.

Security analysis group IHS Jane in November 2014 was the first to draw international attention to the construction of a possible airstrip and a harbor in Kagitingan Reef by showing sattelite imagery of the reclaimed land. It said the reclamation spans 3 kilometers long and up to 300 meters wide.

The Philippines claims the reef as part of the Kalayaan Group of Islands (Spratlys) with a central government based in nearby Pag-asa (Tithu) island – the second largest island in the Spratlys and is occupied by a small Filipino community.

A Chinese airstrip will dramatically change the security situation in the West Philippine Sea, where 6 countries including Philippines and China have overlapping claims.

“That will be used as a command base,” said the source, who noted the fast-paced reclamation work.

“The reclamation activities are massive. It’s not in accordance with the Code of Conduct,” another source added.

An airstrip will allow Chinese planes including even fighter jets to land in the artificial island and get very near the country, a scenario that is very concerning, the sources said. Harbors can also host tankers and other sea vessels.

It will also mean China can stay longer in the area. “Noon masyado malayo ang China. Kaunti ang loitering time nila. (China used to be far away. It meant shorter loitering time.) With an airstrip, they can stay [longer],” the source said.

Chinese ships have stopped harassing Philippine ships since the reclamation activities began, noted one of the sources with a sarcastic laugh. “It is perhaps because they already got what they wanted,” the source added.

Chinese ships harassed a Philippine Navy resupply mission to the Ayungin ((Second Thomas) Shoal in March last year, a day before the Philippines filed its pleading against China before an international tribunal. In 2012, Chinese ships occupied Scarborough (Panatag) Shoal after a Philippine ship withdrew from a tense standoff.

Scarborough is outside the Spratlys, located just 124 nautical miles off the coast of Zambales in Luzon. It has been serving as the forward operating base for Chinese ships, depriving Filipinos of their fishing grounds.

Kagitingan is also just one several reefs that China has been reclaiming inside the Kalayaan Group of Islands but it is the only one that could host an airstrip. The other areas include the Mabini (Johnson South) Reef, the McKennan (Hughes) Reef, the Cuateron Reef, and the Gavin Reef.

The Department of Foreign Affairs sent China a series of note verbale to protest the reclamation activities.

While China continues its reclamation activities, the Philippines suspended development of existing military facilities in the West Philippine Sea pending the resolution of the international arbitration case filed against China.

Among the suspended developments are the runway in Pag-Asa Island and the Naval Forces West detachment in Oyster Bay, Palawan located at the mouth of the West Philippine Sea.

The supposed development of the bases is part of the Philippine military’s modest P90-billion modernization program to achieve what it calls “credible deterrence” against maritime intruders.

One of the weakest in Asia, the AFP is acquiring a squadron of fighter jets, two brand new frigates, air surveillance radars and other assets for the protection of the West Philippine Sea.

The Philippines also signed a new military-to-military agreement with treaty ally US – the Enhanced Defense Cooperation Agreement (EDCA) – in the hope that increased US military presence in the country could deter China.

The Supreme Court has yet to decide on the constitutionality of the agreement, however. – Rappler.com