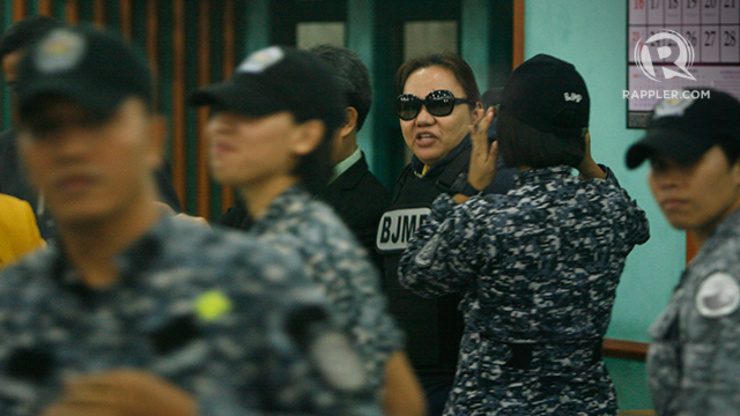 MANILA, Philippines (UPDATED) – The Office of the Ombudsman rejected on Monday, January 12, motions for reconsideration filed by 5 lawmakers against findings of probable cause over their alleged involvement in scams involving the pork barrel.

The decision makes way for plunder charges to be filed later this week or next week before the Sandiganbayan against former Masbate Representative Rizalina Seachon-Lanete and former APEC party list representative Edgar Valdez. (READ: More lawmakers to be charged over PDAF scam)

Three other representatives will face malversation or bribery charges:

The Ombudsman approved the orders on December 29, 2014 to affirm the finding of probable cause to indict the lawmakers.

This is the second batch of cases the Ombudsman is set to file before the anti-graft court in relation to Napoles’ multi-million-peso Priority Development Assistance Fund (PDAF) diversion scheme. (READ: Napoles, 3 senators indicted for plunder)

The total amount of PDAF involved in the 5 cases involving former representatives totals around P339 million.

Lanete allegedly allowed up to P112.29 million worth of her PDAF to fund ghost projects that could have gone to farmer-beneficiaries. These projects were hosted on paper by dummy non-profit foundations allegedly controlled by Napoles.

Napoles allegedly paid off the then congresswoman. State witnesses Benhur Luy, Marina Sula, and Merlina Suñas – former aides of Napoles – claimed the money was either received by the congresswoman’s aide Sumalpong or deposited to her personal bank account in Metrobank Fairview branch. What about next batch?

Although this is the second set of PDAF cases be filed before the Sandiganbayan, the individuals who are set to be charged are still part of the first batch of plunder complaints that the National Bureau of Investigation (NBI) filed before the Ombudsman in September 2013.

The Ombudsman has yet to file charges before the court against the individuals named in the second batch of NBI complaints over the PDAF scam.

Asked to respond to long-standing accusations that the Ombudsman is targeting members of the opposition, Assistant Ombudsman Asryman Rafanan said the anti-corruption body is just going by the order of how the NBI filed its cases.

The second batch of plunder complaints include former Bureau of Customs chief Rosanno Rufino “Ruffy” Biazon, a former congressman of Muntinlupa and a 2010 defeated senatorial candidate of the Liberal Party.

Department of Justice Undersecretary Jose Justiniano said authorities are prioritizing the cases based on the amount of money involved.