Jan 25, 2015 2:14 PM PHT
Rappler.com
Facebook Twitter Copy URL
Copied
The President orders a thorough investigation of the blast and is scheduled to visit those injured 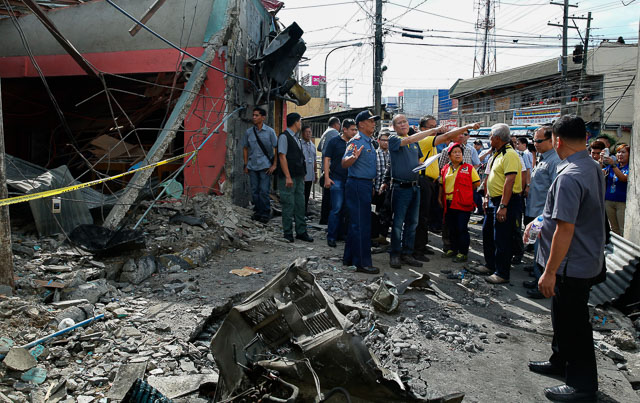 MANILA, Philippines—President Benigno Aquino III arrived in Zamboanga City on Sunday, January 25, to inspect the security situation in the city following a car bomb that claimed two lives and left at least 48 injured on Friday, January 23.

Deputy presidential spokesperson Abigail Valte said on Saturday, January 24, the government and security officials have leads on who is responsible for the blast based on the current evidence presented. 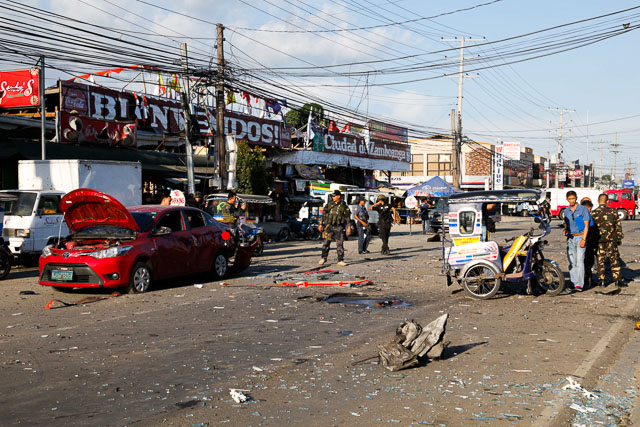 Meanwhile, Aquino has instructed local officials to extend assistance to those affected by the blast. The car which carried the explosion was parked near a bar.

The president is also expected to pay his respects to the two people killed and visit the injured.

Most of the victims were bystanders and pedestrians on their way to the nearby Guiwan bus terminal. – Rappler.com