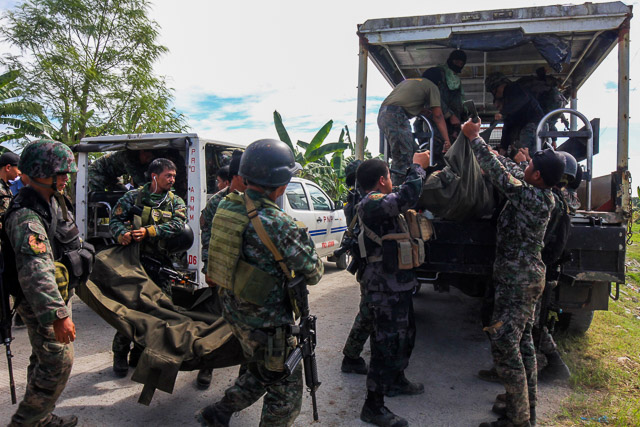 But others maintained Congress should not give up on the process. They argued that long-term solutions towards lasting peace should not be derailed by a single incident.

A day after the clash that killed at least 43 Special Action Force (SAF) troops, Senator Ferdinand “Bongbong” Marcos Jr, head of the main Senate committee tackling the bill, cancelled all scheduled consultations in Mindanao. Hearings in Manila set for the coming weeks are pushing through.

The House ad hoc committee on the Bangsamoro suspended their afternoon session on Monday, January 26. The House committee is holding executive meetings on the proposed law until the first week of February.

Lawmakers are tasked to pass the proposed law that aims to install a new autonomous region in Mindanao with greater powers than the current one in place.

What are they saying about the clash in relation to the peace process?

His counterpart in the House, Cagayan de Oro Representative Rufus Rodriguez is more categorical. He said the House will continue to pass the Bangsamoro Basic Law despite the incident.

“This is the product of 17 years of negotiations, and this cannot be stopped by this occurrence. We continue to have an executive session starting today up to February 4, and hopefully we approve the draft committee report on February 9. On the 16th of February we will be able to send it to the plenary so that by march it will be with the Senate and with the President,” Rodriguez said.

After attending the hearing on the constitutionality of the Bangsamoro Basic Law under the committee of Senator Miriam Santiago Monday, Senator Pia Cayetano, one of the authors of the bill, posted the following tweets:

Her brother, Senator Alan Cayetano, asked the same questions and did more: he withdrew his authorship of the proposed Bangsamoro law.

He said he is “disgusted” with what happened and doubts whether the law will be passed.

Senator JV Ejercito later withdrew his co-authorship of the bill as well. 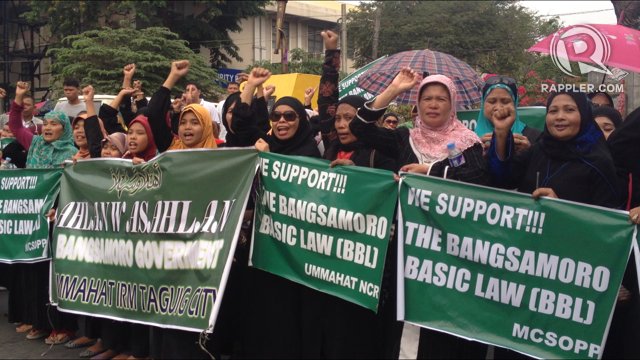 The support of all 13 authors of the Bangsamoro Basic Law in the Senate is crucial. With Cayetano’s decision to withdraw his authorship, the proponents of the law are no longer assured of a majority vote – 13 votes already comprise majority of the 24 members of the Senate.

Senate President Franklin Drilon, however, said the “unfortunate incident and and the deaths of our policemen, condemnable as it is” should not stand in the way of peace efforts.

“I therefore call on authorities to conduct a comprehensive investigation and get to the bottom of this tragedy that killed 50 of our policemen. Our nation deserves an explanation as to why dozens of our brave policemen doing their duties had to die in such a manner,” Drilon said.

The so-called Saturday Group, composed of former military officials such as Representatives Romeo Acop, Leopoldo Bataoil, Samuel Pagdilao, Gary Alejano and Francisco Ashley Acedillo, said the House of Representatives should suspend deliberations pending the result of an investigation by a “multi-agency govenrment panel.”

What’s the mood among lawmakers?

{source}<blockquote class=”twitter-tweet” data-partner=”tweetdeck”><p>Lot of hard questions need to be asked to salvage peace talks n BBL. Still believe in peace. But the mood has been shrouded w/ pessimism.</p>&mdash; Teddy B. Baguilat (@Teddy_Baguilat) <a href=”https://twitter.com/Teddy_Baguilat/status/559578904696864768″>January 26, 2015</a></blockquote>{/source}

Since signing a ceasefire agreement in the late 1990s, there have been complaints from both sides on possible breaches but the Mamasapano incident is the worst breakdown of the ceasfire. – Rappler.com