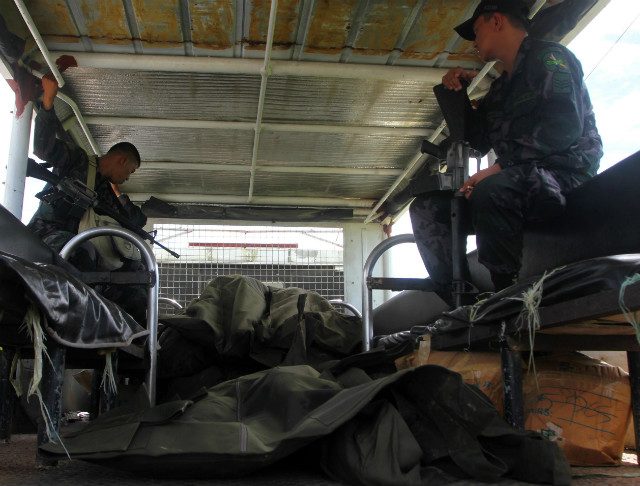 MANILA, Philippines – The Catholic Bishops’ Conference of the Philippines (CBCP) said a deadly clash between government forces and Muslim rebels shouldn’t stop the peace process that aims to end a 4-decade-old secessionist movement.

“While the CBCP condemns this act of violence against human life no matter what the avowed purpose of such violence may be, we cannot side with those who call for the discontinuance of peace talks,” CBCP president Lingayen-Dagupan Archbishop Socrates Villegas said Monday evening, January 26.

“If anything, this sad incident underscores the necessity and the urgency of arriving at a solution that is not rushed but that is inclusive, principled, and just to all,” Villegas added.

Senators Alan Peter Cayetano and Joseph Victor “JV” Ejercito cited Sunday’s clash as the reason for their withdrawal. Cayetano said he “seriously” doubts “if the peace agreement will survive.” Ejercito described the attack not as a “misencounter,” as Interior Secretary Manuel Roxas II puts it, but as a “massacre.”

Still, Cagayan de Oro Representative Rufus Rodriguez pointed out that the BBL “is the product of 17 years of negotiations, and this cannot be stopped by this occurrence.”

Hataman said that while the incident in Mamasapano was unfortunate and should never be forgotten, it should not be a reason to abandon the peace process, which had fostered peace and development in Central Mindanao over the past few years.