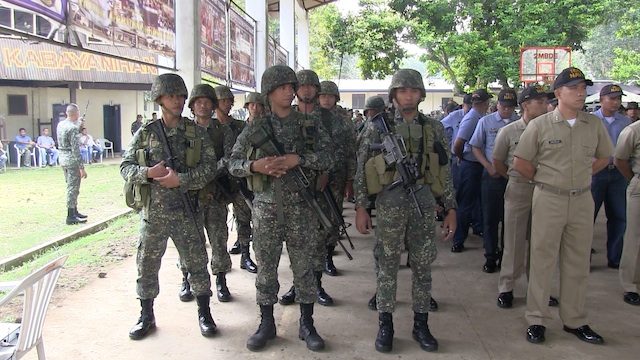 MANILA, Philippines – After several months in Sulu and Basilan fighting the Abu Sayyaf Group, a battalion of the Philippine Marines has been redeployed to the 6th Infantry Division in Maguindanao on Tuesday, January 27, according to the military.

“This Marine Battalion has just been redeployed back to its mother unit which is the 1st Marine Brigade whose area of responsibility covers the coastal towns and Senator Ninoy Aquino [town] of Sultan Kudarat province, and the towns of Upi and Datu Blah Sinsuat, Maguindanao,” said 6th ID spokesperson Captain Joan Petinglay.

A batallion is composed of up to 500 troops.

“It is not in any way related to the recent incident in Central Mindanao,” she said.