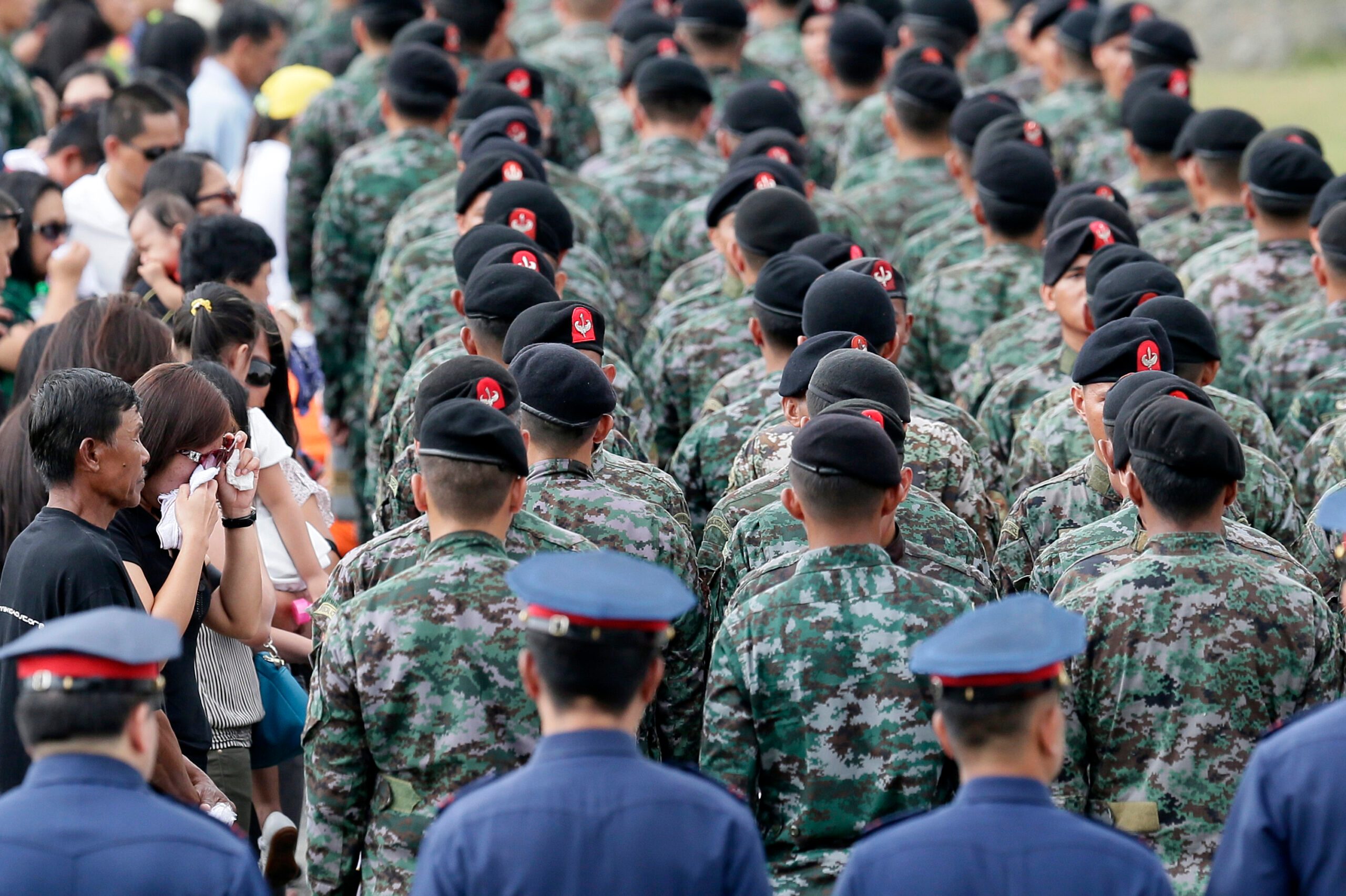 MANILA, Philippines – They are men used to the challenges of conflict, immune to the pressures of combat, familiar with the rigors of eliminating high-value targets.

On Friday, January 30, four officers from the Philippine National Police (PNP) and the Armed Forces of the Philippines (AFP) had a special mission: to bid farewell to the 44 slain troopers of the PNP’s Special Action Force (SAF) at their main headquarters in Camp Bagong Diwa, Taguig. (Of the 44, two were buried in Islamic rites in Zamboanga City while one was scheduled to be brought to Catanduanes Friday morning.)

“With unquestionable loyalty, dedication to duty, courage and respect for human rights and concern for each other as brothers,” he added during a eulogy for the 44 on Friday at Camp Bagong Diwa.

“Grief can be so hard but our special memories help us cope, especially their remarkable accomplishments… [they sacrificed] their lives for others to enjoy in their respective community without any harm from bombings perpetrated by another Marwan,” added Ariño. (READ: Zamboanga’s heroes are Maguindanao’s fallen, too)

Marwan’s reported neutralization came at a price. “They should have have sown the merits of their vocation, they should have lived old age with their families and yet they stuck to their posts so that others may relish the blessings of democracy,” said Police Superintendent Abraham Abayari, commanding officer of the SAF’s rapid deployment battalion.

(They were young but they did not mind the hardships [of training] because they wanted to expand their knowledge and skills so they could go after terrorists. The hardships did not matter to them so long as they served the country.)

The slain were in their mid-20s to early 30s. Most graduated from the Philippine National Police Academy (PNPA) or from SAF training in the late 2000s.

Veterans of the 2013 Zamboanga siege and experienced operators of war-torn areas in Zamboanga, Basilan, Tawi-Tawi and Sulu, the 44 were among the SAF’s best and brightest. To Abayari, theirs is a legacy that would be “permanently etched in the book of heroes.”

Also present during the necrological service were several PNP SAF troopers who were wounded during the battle.

Before the service, policemen held a walk for unity and justice for the slain cops.

Of friends and comrades

Death, said Colonel Danilo Pamonag of the military’s light reaction battalion, is a “constant” that men and women in uniform are all too familiar with.

“[We] know the 3 constants of combat: victory, defeat and death. It is only a matter of who claims victory and who suffers defeat. Almost always, each side suffers death,” he said.

Pamonag said the SAF, including those who died on January 25, were their constant partners in the armed forces – from the Zamboanga siege in September 2013 to an April 2014 operation to eliminate Marwan.

“We have shared challenges, we have shared victories, and now we your brothers and your loved ones gathered here will be sharing the pain of your loss. We will not aim to forget just so we can escape the pain, rather we will live remembering and learning from the lives you have left, the courage you have shown and most especially the honor of your death,” said Pamonag.

Outside the multipurpose hall where the bodies lay, hundreds of men and women in uniform – from the PNP, the armed forces, the Bureau of Jail Management and Penology and even the Bureau of Fire Protection – gathered to pay tribute to the 44.