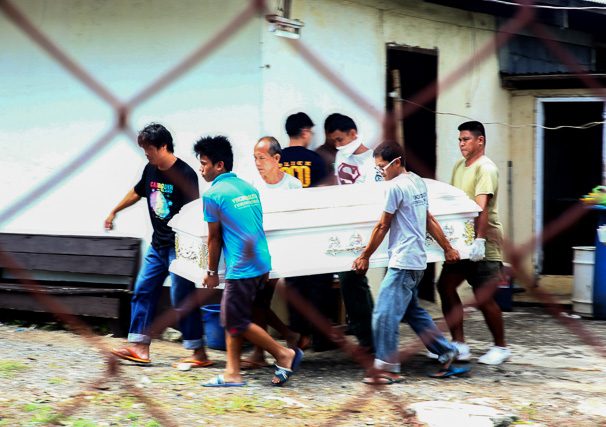 DAVAO CITY, Philippines – A Moro group said that at least 7 civilians were killed while 3 others were wounded during the January 25 clash in Mamasapano town in Maguindanao between policemen and Moro Islamic Liberation Front rebels.

Jerome Succor Aba, national spokesperson of the Suara Bangsamoro, said residents of Barangay Tukanalipao were already preparing for their morning prayers when police commandos allegedly entered the community and opened fire at the house of the Panangulon family.

A farmer identified as Badrudin Langalan was found hogtied and dead at the wooden bridge of the village. “His body was riddled with bullets and his eyes were gouged out,” Aba said.

Aba said that according to Langalan’s wife, he passed through the bridge to go to the nearby community to have his mobile phone charged. “The wife suspected he was chanced upon by the SAF during the encounter,” Aba said, referring to the elite Special Action Force of the Philippine National Police that launched the attack to arrest top terrorist and bomb maker Zulkifli Abdhir, better known as “Marwan.”

Several residents said that they saw the SAF commandos bring with them a hogtied man.

Aba added that 5 people also died in a masjid or Islamic center in Sitio Inugog when the SAF allegedly chanced upon them while going out for the morning prayer.

Aba said a thorough and impartial investigation must be done not only to shed light on what happened but also to give justice to the civilian casualties. (READ: Take Maguindanao clash to int’l court)

“Civilians bore the brunt of the botched operations, they were made to suffer on suspicion that they were harboring terrorists. Suara calls for justice and recognition of the true victims and accountability of the Aquino administration,” Aba said.

At least 1,500 residents are still displaced and are afraid to go back to their homes for fear of renewed fighting. – Rappler.com