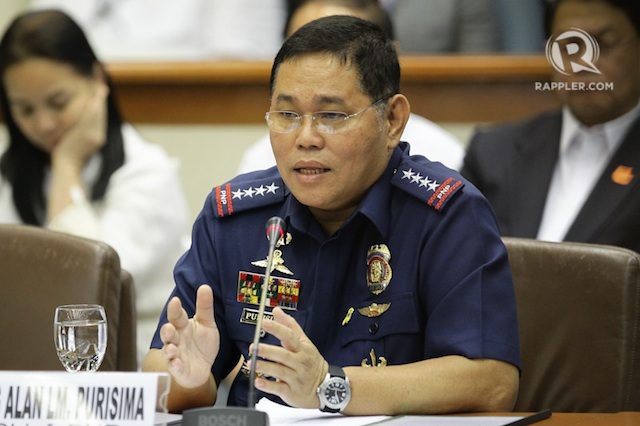 In a text message to reporters, Purisima’s lawyer Kristoffer James Purisima said the beleaguered PNP chief “will testify on what he knows about the Mamasapano operation.”

The probe, originally scheduled on Wednesday, February 4, has since been reset to February 9 and 10.

Purisima is alleged to be the “remote” commander of the PNP’s SAF operation to neutralize top terrorists and known bomb makers Zulkifli bin Hir and Abdul Basit Usman.

SAF troopers were allegedly able to kill Marwan but Usman was able to get away.

Based on accounts from Rappler source and public statements from police officials, it was during the SAF troopers’ extraction that things went awry. (READ: PNP SAF commander: Was it worth it?)

The Mamasapano clash is threatening to derail the peace deal, with two senators withdrawing their support for the proposed Bangsamoro Basic Law.

Top government and police officials – including Interior Secretary Manuel Roxas II and PNP OIC Deputy Dir Gen Leonardo Espina – were supposedly out of the loop in the operation, only finding out about it hours after troopers entered the area.

Hours after, troopers were already in trouble and sent out calls for reinforcements. Government forces – including military troops stationed near the area – were unable to penetrate the area of engagement in time. (READ: SAF kept military out of the loop)

Purisima’s lawyer also added that contrary to news reports, the PNP chief is still in the country. “In fact, he has never left the Philippines since returning on December 5 from his official trip to Saudi Arabia.”

Rappler checked with the Bureau of Immigration and was told that “travel records show Alan La Madrid Purisima is presently in the country.” – Rappler.com