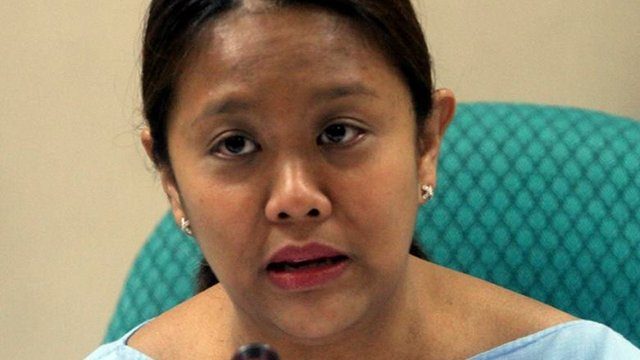 The automatic charge of P550 in airfares as terminal fee payment of international passengers through the Ninoy Aquino International Airport (NAIA) is an added burden to “modern-day heroes,” Binay said Thursday, February 5.

“Let us not burden them further, because they have already sacrificed much in their distance from their respective families just to bring them out of poverty,” she said in Filipino.

Echoing the argument of pro-OFW advocates opposed to the integration, Binay said it violates migrant workers’ exemption from terminal fee payment mandated under the Migrant Workers’ Act of 1995.

The senator reiterated her call for a Senate probe in aid of legislation into the move by the Manila International Airport Authority (MIAA) for an outsourced-collection by local airlines of terminal fees.

Since February 1, the terminal fees in NAIA had been included in plane tickets bought abroad and online under the International Passenger Service Charge (IPSC) scheme.

Transportation Secretary Joseph Emilio Abaya had defended the move, saying it is meant to lessen the queues at NAIA.

The Manila airport is notorious for traveler complaints and had been cited as being among the world’s worst airports.

Binay said her fellow lawmakers must help ensure “that our OFWs be spared this additional burden.”

“They already have enough on their plates, they don’t need to worry about airport fees,” she added.

Binay had filed on October 29 Senate Resolution No. 986 which sought an investigation into the disputed integration. The #NoTo550 Coalition, which opposed the integration, had gained support beyond migrant workers’ groups to include the Catholic Church and the recruitment industry.

Seeking a compromise, they asked for the creation of a Technical Working Group to look into how the integration can proceed without affecting the exemption of OFWs under the law.

Before a Pasay court, groups led by OFW Family Party-list Representative Roy Señeres had petitioned to stop the merging of the fee and airfare.

Señeres’ camp questioned the earnings of airlines from its collection of the terminal fee in behalf of the government.

The airlines will automatically deduct their commission from the amount they will forward to the government.

Their commission covers the terminal fees in plane tickets from all passengers, including those whose fees would be refunded anyway by virtue of their exemption.