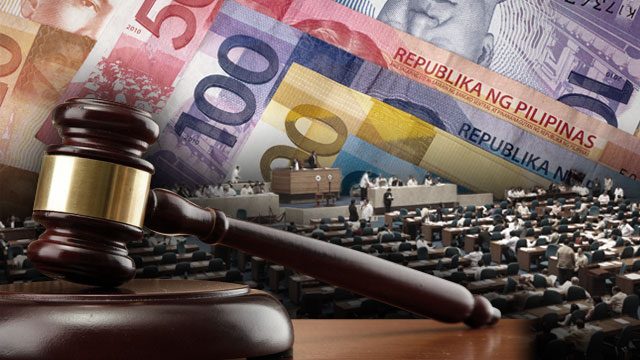 MANILA, Philippines (UPDATED) – The Office of the Ombudsman on Thursday, February 5, formally filed before the anti-graft court Sandiganbayan plunder and graft cases against 5 former lawmakers for their alleged involvement in the multi-billion-peso pork barrel scam.

They are accused of misusing a total of P339 million worth of Priority Development Assistance Fund (PDAF) during their stint in Congress.

The Ombudsman had earlier denied the motions for reconsideration of the 5 lawmakers for the finding of probable cause in their cases. (READ: Plunder, bribery charges vs 5 more lawmakers in pork barrel mess)

This is the second batch of pork barrel scam cases to be filed in connection with the scheme allegedly masterminded by Janet Lim Napoles. Three senators were earlier charged in the first batch of plunder and graft cases filed before the Sandiganbayan over the biggest corruption scandal to hit the Philippines in recent years.

Lanete allegedly misused up to P112.29 million worth of her PDAF on ghost projects  coursed through dummy non-profit foundations allegedly controlled by Napoles.

Senators Ramon Revilla Jr, Jinggoy Estrada, and Juan Ponce Enrile are detained at custodial center in Camp Crame while plunder cases filed against them are being heard.

The landmark Commission on Audit report on the alleged misuse of PDAF funds tagged 192 lawmakers.