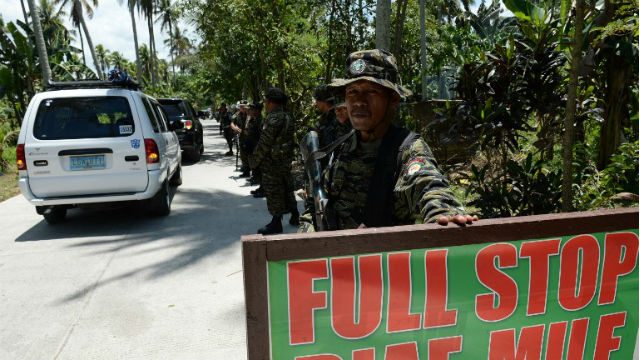 Petinglay said the fighting started around 5:50 pm. “The fighting is going on now. Residents are evacuating,” the military official said.

Petinglay said the two groups have been monitored in the area since Tuesday, forcing civilians to flee and seek refuge in nearby villages.

“We have soldiers in the area who were tasked to ensure the safety of civilians,” she said.

The incident in Pikit occurred a week after the Mamasapano encounter in Maguindanao.

The police were on a mission on January 25 to terminate Malaysian bomb maker and terrorist Zulkifli bin Hir, better known as Marwan, but were attacked by the MILF’s 105th Base Command while they were pulling out.

He was confirmed dead by the US Federal Bureau of Investigation, which was able to match the sample obtained by the police Special Action Force (SAF) with the DNA of his brother who is detained in the US.

At least 17 rebels and 7 civilians were also killed in the almost 8-hour gun battle. – Rappler.com