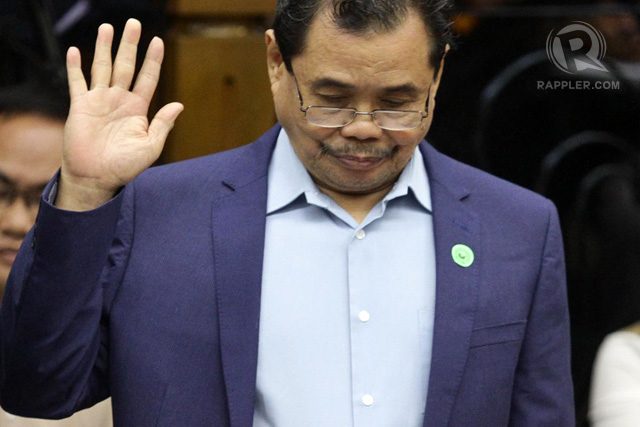 MANILA, Philippines – The Senate hearing into the Mamasapano clash on Thursday, February 12, capped off an emotional week for police and military generals, Cabinet secretaries, peace negotiators and lawmakers recounting the deadly encounter.

Here are the highlights of the February 12 Senate hearing in photos:

Present, at last. After disappointing lawmakers with his absence, Iqbal appears for the first time to testify before Congress on the clash that puts his group and the peace process under doubt.
The chairman of the Bangsamoro Transition Commission says he came from a peace forum in Jakarta, Indonesia.
Under intense questioning, Iqbal appeals to the public not to prejudge and blame the MILF. He defends the group’s commitment to the peace process, and emotionally walks through the history of the Bangsamoro struggle and details historical injustices against Muslims to parry Senate Majority Leader Alan Peter Cayetano’s accusations of terrorism. 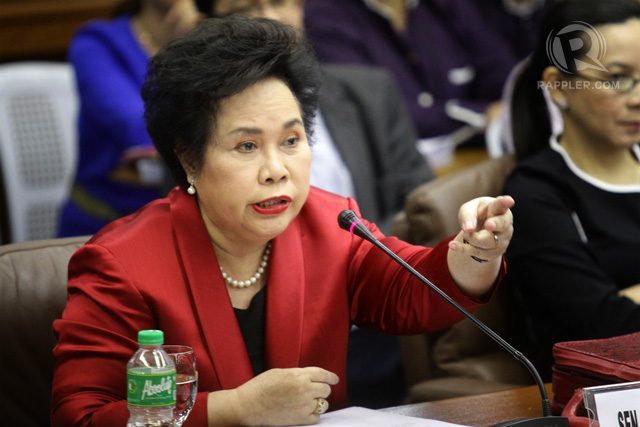 Miriam dictionary. Advice, not order? Misencounter? That’s not in the Miriam Defensor Santiago dictionary.
The feisty senator unleashes her wrath on suspended-turned-resigned police chief Alan Purisima who tried but failed to use his advice-not-order line for the 4th congressional hearing in a row.
Santiago tells Purisima, “Don’t quibble with me. I memorize the dictionary. You only advised, not ordered? Malas natin may doctorate degree ako.” (Too bad I have a doctorate.)
A peeved Santiago also tells resource persons there’s no such word as “misencounter” in the dictionary.
“Don’t play words with me, words are my livelihood,” she says. *Crickets* All senator Nancy Binay gets is silence when she asks Interior Secretary Manuel Roxas II, Defense Secretary Voltaire Gazmin, and Espina who broke the news of the clash to President Benigno Aquino III.
“Wala ho?” (No one?)
“Wala pa rin ho?” (Still no answer?)
After more moments of awkward silence, Senator Grace Poe puts the question to Purisima who says, “Your honor, may I be given time to seek clearance with the President to answer your question?” Not insult? For the second time, Cayetano tries to pursue supposed links between the MILF and terrorism, saying “It’s not meant as an insult but terrorism is an international, legal term.”
He is quick to clarify that he is “not anti-Muslim,” bringing up the mosques and Muslim constituents he has in Taguig.
Cayetano castigates Iqbal for the MILF’s armed struggle that he says brought poverty and misery to Mindanao.
He retorts: “Magpapasalamat pa pala kami sa inyo na nakagawa na kami ng kalye dahil sa ceasefire?” (So we should even thank you that we are now able to build bridges because of the ceasefire?)
“You are using the barrel of the gun. You say you are for peace but you are the ones warring us.”
He also claims Nelson Mandela did not engage in armed struggle, only for presidential peace adviser Ging Deles to later correct him.