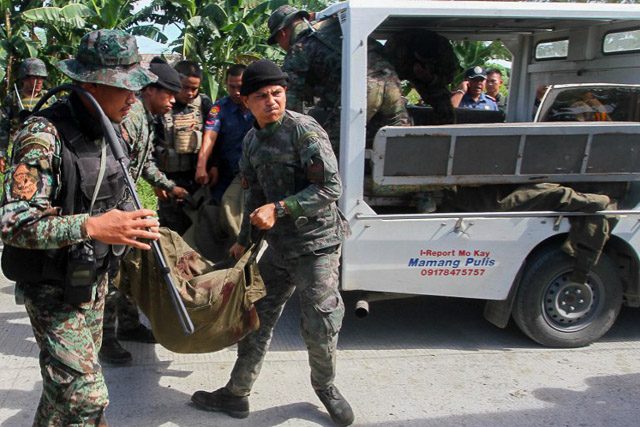 Facebook Twitter Copy URL
Copied
Malacañang does not answer the question about American involvement, but says transnational cooperation is acceptable when dealing with transnational crimes such as terrorism

Malacañang did not answer the question but asked that the operation be taken in the context of terrorism being a transnational crime.

“The capture of Marwan and other suspected terrorists, because this is related to terrorism, we need to understand the fact that terrorism is a transnational crime and transnational crime involves transnational cooperation that is acceptable not just between the United States and the Philippines,” Communications Secretary Sonny Coloma said on Tuesday, February 17.

He added, “But in the aspect of performing the operation, it is also clear in our laws that there should not be foreign participation and foreign intervention. So (their role) should be clarified in ongoing probes (on the incident).”

In an earlier report on Rappler, a former Special Force soldier clarified, “We (Americans) are allowed to provide support, intelligence, command and control support, mentoring, but we can’t be involved in direct action.” This Philippine-US military partnership dates back to the 1951 Mutual Defense Treaty.

Coloma also said it is best to wait for the investigations to be completed to know the real truth about the participation of the United States. His statements come after reports that a US soldier were among those who died in the operation, a claim the US embassy in Manila has denied.

The US embassy also said the US only helped in evacuating the casualties at the request of the military, after the Maguindanao firefight.

The government also awaits the results of the Philippine National Police-organized Board of Inquiry organized, which is looking into the incident. – Rappler.com