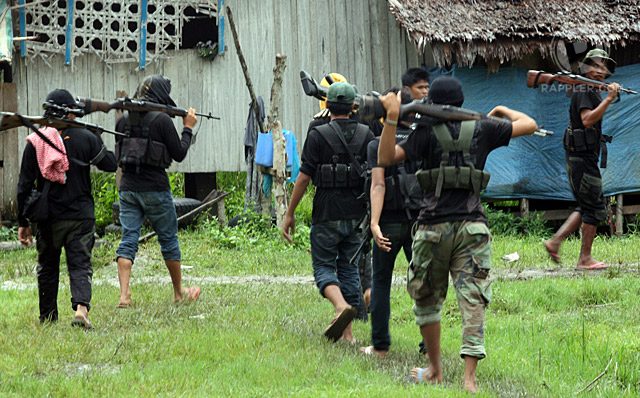 “When they seized the village, they burned all the houses they saw,” he said. The residents did not fight back, the police chief added.

Solaiman said the area is under the control of members of the Moro National Liberation Front (MNLF), another rebel movement that signed a peace pact with the Ramos administration in the 1990s.

Earlier, the military said more than 250 BIFF rebels seized two villages in Pikit, forcing hundreds to evacuate. Another firefight broke out last weekend in a village in Pagalungan, Maguindanao. The towns of Pikit and Pagalungan now play host to evacuees.