MANILA, Philippines – It’s a good first step towards fixing a relationship strained by an encounter that killed at least 65 people, including 44 elite cops, and put a long-awaited peace deal in danger.

Officials from the Philippine National Police (PNP) and the Armed Forces of the Philippines (AFP) on Thursday, February 19, welcomed the Moro Islamic Liberation Front (MILF)’s return of the PNP Special Action Force (SAF)’s 16 firearms but added it was “only the beginning.”

A turnover ceremony was held the day prior at Camp Siongco of the 6th Infantry Division in Datu Odin Sinsuat, Maguindanao. 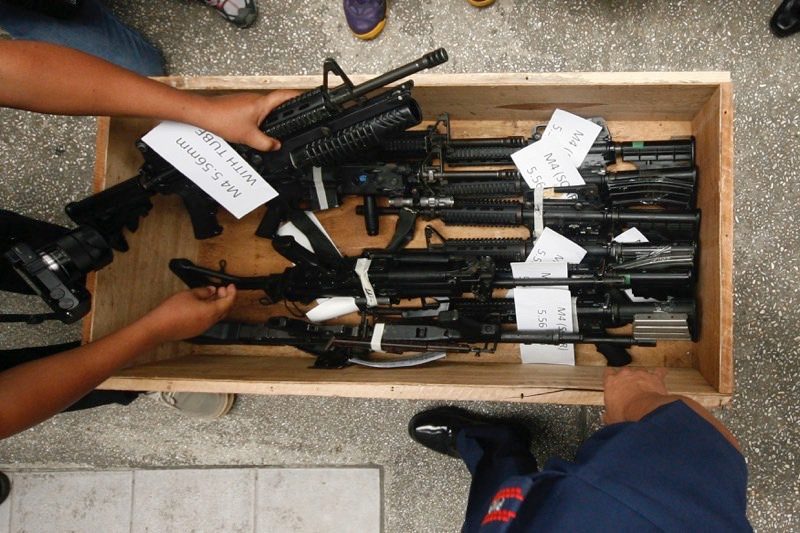 For Roxas, the return of the firearms is only the beginning.

“But you also have to understand that after the encounter in Mamasapano… you can imagine how tensions and anxieties are very high in that area. We’re careful because we don’t want people to misinterpret [the government’s actions],” said Roxas.

Espina said the PNP is still in the process of double checking the serial numbers of the arms returned to the PNP with the inventory of the SAF.

Some of the 16 firearms returned were incomplete or had missing parts. – Rappler.com