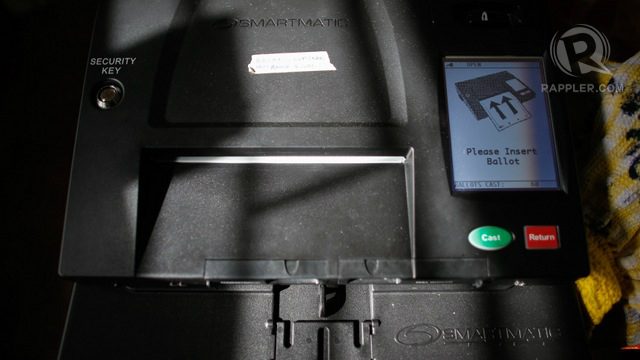 MANILA, Philippines – The official organization of Philippine lawyers has requested the Supreme Court (SC) to stop a P268.8-million ($6.08-million) deal to repair, refurbish, and maintain voting machines for the 2016 elections.

The Integrated Bar of the Philippines (IBP) recently petitioned the SC to declare the deal between the Commission on Elections (Comelec) and technology provider Smartmatic-TIM illegal.

The IBP explained that the Comelec awarded the P268.8-million contract to Smartmatic without public bidding.

Then Comelec chairman Sixto Brillantes Jr finalized the contract for the diagnostics of precinct count optical scan (PCOS) machines before he retired from the poll body.

The Comelec, for its part, cited a tight schedule for its decision not to conduct a public bidding.

It also said it is “too great a risk” to award the contract to companies aside from Smartmatic. The job of repairing and refurbishing the machines, the IBP said, is highly technical.

The IBP, however, said a tight schedule is not an excuse.

The organization said: “It may not be amiss to point out that one of the policies of the state is the promotion of good governance in all its instrumentalities. Corollary to this policy is the Comelec’s duty to safeguard the public trust and confidence in elections.”

“This duty is only possible when there is transparency and a system of accountability in the procurement of the maintenance, diagnostics and repair of the PCOS machines. Accordingly, the Comelec’s approval of the extended warranty proposal constitutes grave abuse of discretion as it grossly violates the requirement of public and competitive bidding under RA 9184, which was enacted to ensure transparency in procurement processes conducted by the government,” the IBP added.

According to the IBP, the refurbishment and repair of PCOS machines is part of “procurement” under RA 9184.

The IBP is the 3rd group to file a petition against Smartmatic before the SC.

Two election watchdogs – Citizens for Clean and Credible Elections, and Automated Election System Watch – lodged separate petitions before the high court. The groups requested the SC to blacklist Smartmatic from bidding processes for the 2016 elections. – Rappler.com