PMA ’81: The class that rules the Philippines 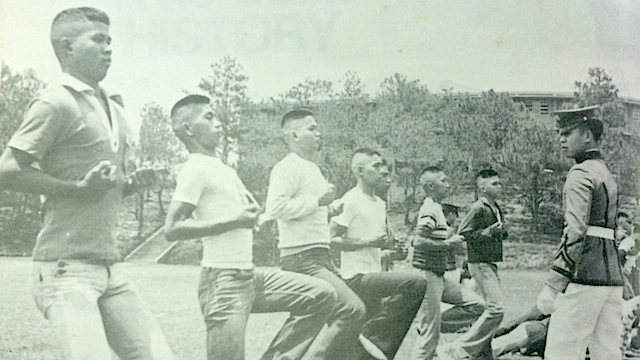 MANILA, Philippines (Updated) – They remember it as the shot put incident.

On February 13, 1978, plebes belonging to the Bravo Company lay on their backs as their upperclassmen dropped heavy metal balls on their stomachs. On that day, Cadet 4th Class Manuel Salas died in the worst case of hazing in Philippine Military Academy (PMA) history.

Three other plebes were rushed to the hospital. Then Cadet 4th Class Alan Purisima almost died of internal hemorrhaging. He would become chief of the Philippine National Police 3 decades later.

“Four of us were rushed to the hospital. My case wasn’t so serious. But Alan nearly died. He was cut open from top to bottom,” retired Major General Domingo Tutaan, former internal auditor and spokesman of the Armed Forces of the Philippines (AFP), recalled in an interview with Rappler.

It happened only 4 days before the most awaited Recognition Day – the end of the plebe year characterized by crying cadets relieved that months of hazing is over, turned more emotional that year by the loss of a mistah (classmate).

It was the first crisis for what would become a very powerful class that has ruled the country’s 120,000-strong military and 150,000-strong police since 2013. 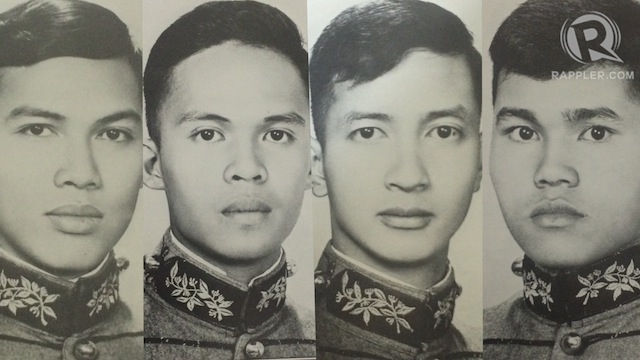 In PMA, the class had always set itself apart from the rest through luck and determination. The first class to graduate after Martial Law was lifted broke the tradition of adopting a class motto that starts with the letter M.

“We had to be different. We had to spell the difference,” Tutaan said.

The class valedictorian was a Thai, now General Thawip Poonsiri Netniyom of the Royal Thai Armed Forces. In the Philippines, 88 more of the total 180 class members also reached the rank of general.

While other classes could only dream of having just one of them get the most coveted highest rank of 4 stars, 4 members of Class ’81 have it:

As of today, Class ’81 appears to be the favored class of President Benigno Aquino III.

He put them in power since 2013 as they helped him in that year’s back-to-back tragedies: the Sabah crisis, Zamboanga siege, Bohol earthquake, and Super Typhoon Yolanda. They led the military and the police establishments as Aquino dealt with natural disasters, China’s incursions into the West Philippine Sea, and the security nightmare caused by the recent  visit of Pope Francis. 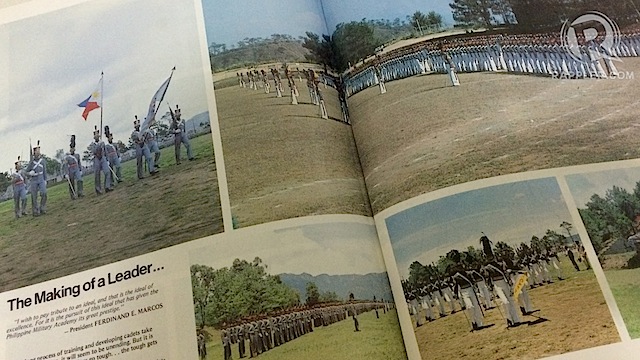 The current vacuum in the PNP because of Purisima’s resignation over the deadly police operation in Maguindanao could, ironically, mean a promotion for another mistah.

They’re either special or lucky or both.

In 1979, when the Philippine Navy was still better than most of its counterparts in the region, the entire class was hauled into two ships to join naval exercises in Indonesia, Malaysia, and Singapore.

“Before us, the only other class that did that was Class ’71,” said Rojas. It was the first overseas trip for most of them.

PMA Class ’71, of course, is best remembered for being the core group of the Reform the Armed Forces Movement (RAM), the backbone of the military revolt that eventually led to the People Power Revolution of 1986 that ousted dictator Ferdinand Marcos.

Some ’81 members joined RAM during those years, including the current AFP chief. 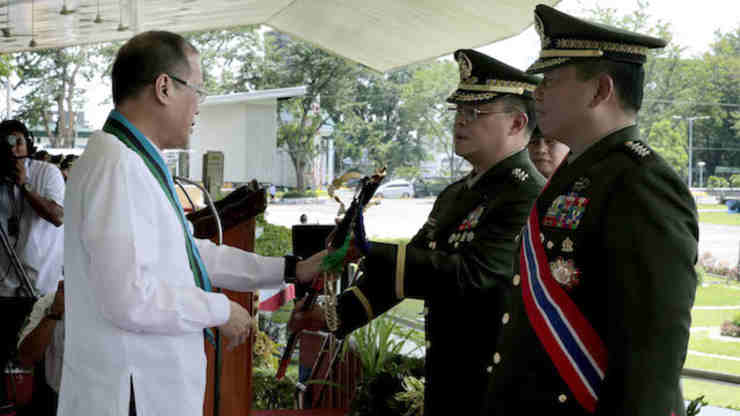 Because promotions are ultimately political decisions, Catapang made the right decision to join RAM when it toppled Marcos, then leave the group later during the Cory Aquino administration. While many RAM members continued to plot against Cory Aquino, Catapang stayed with the chain of command.

Cory Aquino’s son would not forget this. He named Catapang chief of staff in July 2014.

But it was Purisima who found himself on the best side of history. He wasn’t even among the smartest in class, but the bloody coups that beset the first Aquino administration forged a strong friendship between the young lieutenant and the young Noynoy Aquino, the future president who would favor him above all else. (READ: Aquino, General Purisima and the past that binds them)

General Bautista’s appointment was a compromise between competing interests surrounding Aquino. He took the helm of the military on January 17, 2013, besting more senior commanders.

He worked with Aquino in the aftermath of the back-to-back disasters of 2013 and would gain the trust of the President who immediately gave him a position in Malacañang. He is now the executive Director of the Cabinet Cluster on Security, Justice, and Peace.

The class valedictorian, Thai General Netniyom, was not to be out of fashion. He also took a prominent role in the 2006 bloodless coup against Prime Minister Thaksin Shinawatra.

The PMA culture – the plebe year most of all, the endless marches on Borromeo Field, the square meals, and the honor code – binds mistahs together in a way civilians will never understand.

They got each other’s back. They offer financial assistance to mistahs in need. Those who find themselves on the good side of commanders push for their mistahs so their careers will rise together. They exhaust their contacts when one of them gets into trouble.

When they found themselves on opposite sides of the political fence during the Marcos years, a mistah said they respected each other.  It’s the same attitude the class took when retired Colonel George Rabusa rocked the military with damning revelations on the corrupt pabaon system (send-off money) for retiring generals.

Former AFP chief Angelo Reyes Jr, whom he accused of receiving a P50-million pabaon, committed suicide at the height of the controversy.

The brotherhood can make their jobs easier. When Catapang was Northern Luzon Command chief and he received reports that the Chinese ships he had been watching in Scarborough Shoal had gone missing, he only had to call mistah Lieutenant General Rustico Guerrero – former commander of the Palawan-based Western Command (Wescom) – to check if the ships had moved to the Spratlys in the West Philippine Sea. (The Scarborough has since been transferred to the Wescom area of responsibility.) 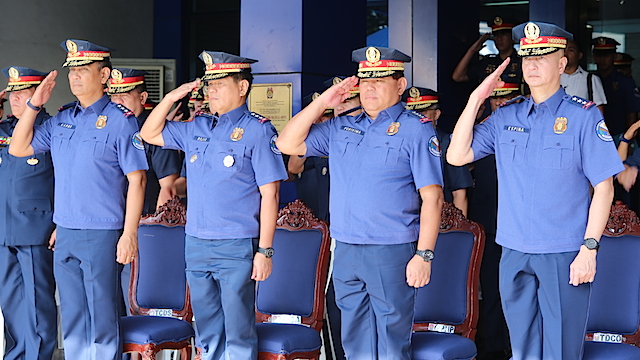 But in a story that is all too common among mistahs, there have been occasions when competition reared its ugly head. “Hanggang major at colonel lang naman ang tulungan. Brasuhan din sa promotion (We only help each other at the major and colonel level. We also fight over promotions),” said one member of the class who refused to be identified for this story.

The rivalry has been more pronounced in the PNP where the mistahs competed and are competing for the top post. In the military, the competition has been between different PMA classes.

Camp Crame is rife with stories about mistahs pulling each other down with allegations of illegal activities as they wrestled for the top posts in the PNP. And when Purisima became chief, his mistahs resented how his attitude changed and treated them as underlings he can “bull out.”

Younger officers in Crame have described Purisima as an insecure and jealous PNP chief. It’s a tension worsened by the rift between Purisima and Interior Secretary Manuel Roxas II, both very close to the President.

“Sa trabaho, trabaho. As classmates, classmates pa rin (Work is work. We will always be classmates),” said Guerrero, now the commander of the Western Mindanao Command (WesMincom) that is charge of Maguindanao area. When the firefight broke out in Mamasapano, mistahs Catapang, Purisima and Espina burned his phones lines to get help for the SAF commandos.

To this day, the class members regularly meet every month. They call themselves the Mackerel Club, a tribute to humble beginnings when reunions meant a boodle fight over rice and sardines.

“After everything is said and done and the smoke clears, it will all normalize. We will all go back to Borromeo Field,” added retired Major General Danilo Servando, former chief of the Army Support Command.

On February 21, the active officers wore their stars and led the class as they marched in the all too familiar field. Those who have retired from service decided to wear suits. Purisima skipped the event. 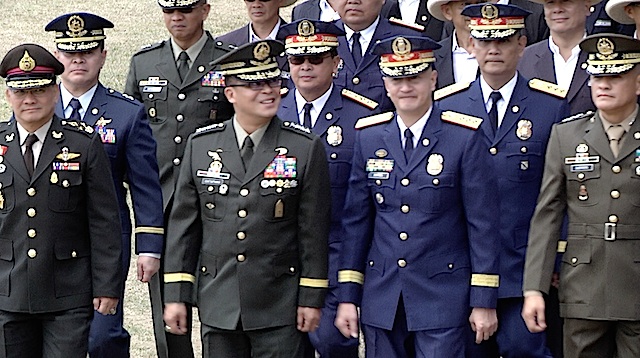 The people will judge if the class members have served the country well but certainly on Borromeo Field on Saturday, no other class could outshine their stars.

How long will PMA ’81 reign? It depends on Aquino. The youngest among them are not retiring until next year. But the other classes are also waiting for their turn to rule. – with reports from Bea Cupin/Rappler.com