DFA: Delay in helping fishermen due to lack of documents 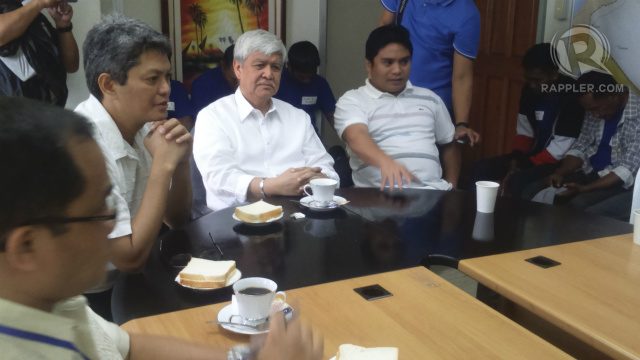 MANILA, Philippines – They were processed for release December 2, 2014, but the 43 fishermen who were held by Indonesian authorities still spent their Christmas and New Year in detention, far away from their homes in General Santos City.

Arrested last August 26 aboard a boat whose operator allegedly failed to renew its fishing permit, the fishermen had to stay in Indonesia for much longer due to delays in pooling together subsidy for their return flights.

“You have to keep in mind that repatriating people from abroad is very difficult in a sense that we need to get documentation, necessary permits from government,” Foreign Affairs Undersecretary Jesus Yabes told Rappler in an interview on Monday, February 23.

Yabes said he sympathized with the 43 repatriated Filipino fishermen allegedly abandoned in Indonesia by their employer. On Monday, he met with them, some of whom were in tears as they recalled their experiences in Indonesia.

They arrived early Monday morning in Manila, more than two months after Indonesian authorities let them return to the Philippines.

Acknowledging their pain, Yabes explained the causes of the delayed government-subsidized return: proper government protocol, the long process of verifying their identities as Filipinos, and problems in funding.

He said the fishermen lacked travel documents, including passports, thus requiring the Department of Foreign Affairs (DFA) some time to verify that they are Filipinos and allowing the department to extend them aid.

“Pasensiya na, 6 months kayong na-delay. Wala kasi kayong passport,” he emphatically explained to them. (I ask for you understanding that your return was delayed for 6 months. That’s because you didn’t have a passport.)

“Our job will be easier if you have documents saying you are Filipinos,” he said, warning them to no longer accept jobs from companies that send them to waters beyond the Philippine territory if they had no documents.

A foreign country “won’t just allow people to leave, lalo na (especially) you get arrested for something,” Yabes explained. “Negotiations ‘yan (That takes negotiations),” he said.

“It takes time. Hindi naman agad uraurada (It can’t be done at once),” he added. “We try our best para matapos agad (so that it is finished) within the necessary period.”

While the ship’s captain was able to return home, the 43 workers were left in Indonesia after the August 26 arrest.

They were then held by the fisheries bureau of the predominantly Muslim nation until September 9.

On September 12, they were transferred to Ternate Island in Indonesia, detained in the country’s immigration office.

Mata said it is the employer who should have been responsible in reporting to the DFA its employees’ plight.

The alleged illegal process of hiring by Citra Mina called the “cabo” system has allowed the fishing company to deny any employer-employee relationship between it and its fishermen, Mata said.

Rappler has repeatedly attempted to reach out to Citra Mina for this story which first came out Friday, February 21, to no avail.

Worker Clyde Garcia Batelante, 28, told the foreign affairs official that he resented how the Philippine consul in Indonesia had failed to assure them of help.

“Pagkatapos hindi man lang kami binisita ng consul (And then we were not even visited by the consul),” he told Yabes.

On January 24, upon learning that the workers were still in Ternate Island overseas despite the Indonesian immigration allowing their release and return if provided with the necessary papers, Sentro stepped in to pool funds from its foreign partners.

The International Union of Foodworkers and Allied Industry volunteered to fund the Filipinos’ return flights. The DFA then moved to pay for the tickets.

On February 20, Sentro sent one of its staff members, Herbert Demos, to Ternate Island to assist in their return.

Even as he grew up in poverty, Demos said he was shocked by the harsh conditions the 43 workers endured in the detention centers, confirming anecdotes shared by fisher Batelante.

“The rice they ate had more rice weevils (lice) than rice grains, but they had no choice. I learned that sometimes they quarreled over food because of extreme hunger,” he said.

DFA expressed its commitment to coordinate with the Philippine embassy in Indonesia and verify such reports. 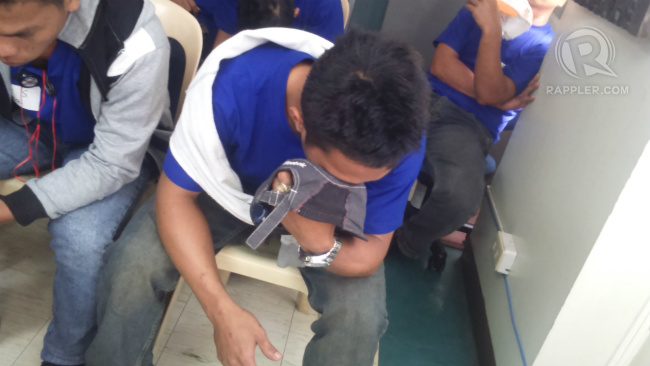 Yabes, who was previously a Philippine consul in Hong Kong, asked for understanding from Batelante and the rest of the fishermen.

He added that governments overseas don’t always immediately report to embassies cases of detained workers from a foreign country under their custody.

In the end, Yabes said the workers’ case boils down to labor issues hounding their employer Citra Mina.

Mata of Sentro said the workers were sent to Indonesia by Citra Mina knowing that it was an illegal fishing expedition, with workers on board the ship who were undocumented.

The tuna exporting giant is the subject of a congressional hearing set for March 18 due to its alleged labor rights violations. Father Rey Ondap of a local parish in General Santos, where the company operates, said these violations include unsafe conditions in Citra Mina’s canning factories, lack of law-mandated benefits for its factory workers, and absence of compensation for occupational diseases.

Ondap added that this is just the “tip of the iceberg of the tuna industry.”

“Kung titignan mo sa ilalim, malawak ‘yan (If you look underneath, the violations are even more immense),” he added.

Yabes said reports had reached the DFA that around 100 and not just 43 Filipino fishermen are detained in Indonesia.

Mata believes that, based on Sentro’s own probe, there are around 3 more ships financed by local fishing operators that were seized by Indonesian authorities. – Rappler.com