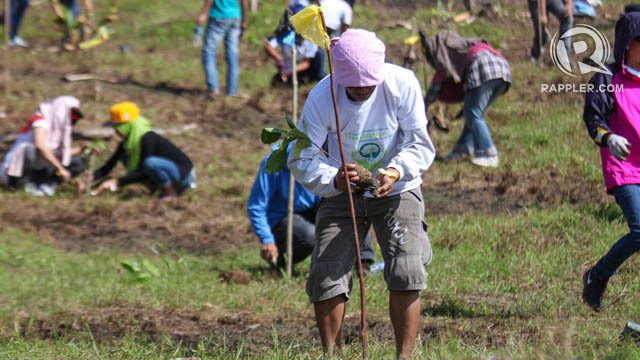 DAVAO CITY, Philippines – After months of verification, the Guinness World Records finally declared the Mindanao TreeVolution as the new record holder for most trees planted simultaneously in multiple locations in an hour.

The activity – led by the Mindanao Development Authority – was conducted last September 26 in 29 different locations all over Mindanao.

The Guinness World Records said that the 122,168 participants of the TreeVolution campaign were able to plant 2,294,629 trees.

“This record-breaking event saw the planting of rubber, cacao, coffee, timber and mahogany trees, as well as a range of fruit trees and other species indigenous to the Philippines,” the Guinness World Records said.

Mindanao defeated India, which had the previous title for planting 1.9 million trees within one hour in 2011.

MinDa said the relevance of the event and the world record became more significant because of the participation of the people of Mindanao and their commitment to protect the environment.

“Congratulations to all the volunteers who have made this event a huge and resounding success for the island-region of Mindanao. Together, we have all shown the world that it is possible for Mindanawons from all walks of life and across all regions, to unite for our environment,” MinDa posted on its Facebook page. – Rappler.com