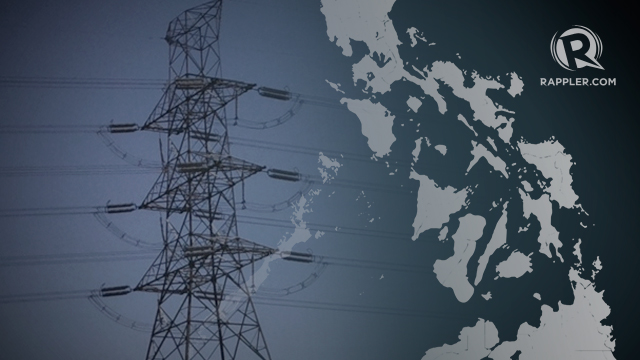 MANILA, Philippines – The Philippine government will not renew the work visas of 18 Chinese experts employed by the National Grid Corporation of the Philippines (NGCP) when they expire this year, Energy Secretary Carlos Jericho Petilla said Monday night, February 23.

Petilla made the statement a day after Senator Miriam Defensor Santiago warned that the Philippines has been infected by a “national security virus,” referring to the 40%-stake of Chinese state firm State Grid Corporation of China (SGCC)  in NGCP,  a privately-owned corporation in charge of operating, maintaining, and developing the country’s power grid.

SGCC –  the largest state-owned electric utilities company in the world which transmits and distributes power in China – had sent its experts to be in charge of the technology currently adopted by the country’s transmission system.

Petilla said, however, that the presence of the Chinese nationals in the NGCP has alarmed even National Security Adviser Cesar Garcia.

In a statement on Sunday, February 22, Santiago said, “The Philippine Constitution is replete with requirements of nationalism but such a vital and strategic industry such as the electric power industry is infected by a national security virus.”

To this, Petilla said,  “I understand the concern of Senator Santiago. It’s also our concern. It is the job of the NSA (National Security Adviser) to be paranoid.”

He said that during a high-level meeting in the first semester of 2014, key government agencies had agreed not to renew the work visas of the NGCP’s Chinese experts.  The meeting was attended by top officials of the Department of Foreign Affairs, Department of Justice, National Security Council, and the DOE; and the NGCP.

“We agreed  during a high-level meeting as early as second quarter of last year that there will be no Chinese nationals who will operate the national grid,” said Petilla.

He expressed confidence that the non-renewal of the work visas – valid until July – will not be an issue, as it was agreed upon by the concerned government agencies. The DOF chief added that NGCP president Henry Sy Jr, who was at the meeting, did not raise any objections.

Petilla said the outgoing Chinese experts would turn over their functions to their Filipino replacements so they would know how to use SGCC’s technology.

Petilla said the “paranoia” over SGCC appears to be unique to the Philippines, as the Chinese firm partly owns the transmission assets of other countries like Argentina, Australia, and Germany.

“If we are paranoid about it, I am not sure why Australia and the others are not,” he said.

Petilla said the removal of the Chinese experts will have no bearing on the NGCP’s corporate structure, since the two Chinese board members representing SGCC will remain.

“Management and technical are separate from ownership. They (SGCC) still own 40%. If NGCP makes money, then they make money, but in terms of running the show they are not involved,” said Petilla.

Petilla said concerns over the presence of the Chinese experts in the NGCP stemmed from the territorial dispute between China and the Philippines over the West Philippine Sea (South China Sea).

“Well of course it’s because of that,” he said.

Last year, the Philippines filed a historic pleading against China before an international arbitral tribunal over their dispute in the West Philippine Sea.

In January, photo evidence of China’s massive reclamation activities in the disputed area were released. In February, the Philippines filed two protest notes against China over separate incidents in the disputed Panatag Shoal in the area.

Two Interior secretaries – Manuel Roxas II and former secretary Rafael Alunan III – had warned about the consequences of having Chinese nationals in a vital agency.

As early as 2012, Roxas called on China to turn over and transfer to Filipinos the technology that SGCC had promised to bring to NGCP as he told Chinese Foreign Affairs Vice Minister Fu Ying that he was “not comfortable” that foreigners are in charge of the power grid. (READ: Roxas cites security issues in Chinese’ control of natonal grid) – Rappler.com