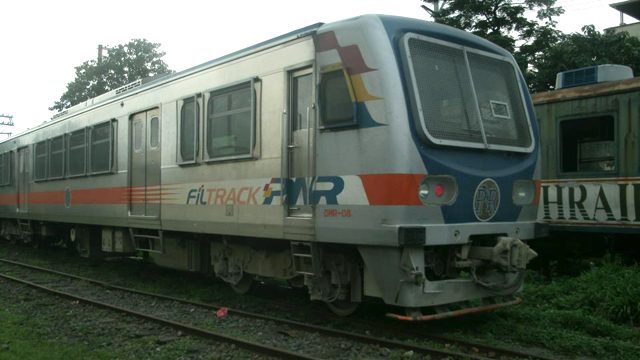 Facebook Twitter Copy URL
Copied
The PNR seeks to increase the minimum fare to P15. Passengers taking the 56-km trip from Tutuban to Calamba will have to shell out P60 instead of the current P45 fare.

MANILA, Philippines – Passengers of the Philippine National Railways (PNR) may see an increase in fares as early as March, once the Department of Transportation and Communications (DOTC) gives the go-ahead to the fare hike proposed by the train line’s management.

The PNR seeks to increase the minimum fare to P15 from P10.

During a public consultation on the proposed fare hike on Thursday, February 26, PNR officials sought to convince commuters that the fare increase is needed to improve the operations of the state-run train line.

Some 30 commuters discussed their riding experience with PNR officials at the consultation held at the PNR executive building in Manila.

This means that passengers taking the 56-kilometer trip from Tutuban in Manila to Calamba, Laguna, will have to shell out P60 instead of the current P45 fare.

“We’re running on negative. The more we run, the more we lose,” he said.

The PNR collected an average fare of P12.72 per passenger, which means it subsidized the remaining P14.97 for each of the 24.6 million passengers it carried in 2014.

Still, officials maintained that even with the higher fares, riding the PNR is still cheaper compared to other forms of mass transit.

For instance, an air-conditioned bus ride for a 56-kilometer trip would cost P126, more than twice the P60 PNR train ride for the same distance.

No subsidy for operations

During the consultation, some commuters asked why the PNR needed to increase fares when it had received a P2.3-billion budget for 2015. (READ: Mind the other train: Bigger funding for PNR proposed)

Dilay explained that the amount – P546 million from the budget department, and P1.750 billion from the DOTC – is allocated only for the rehabilitation and repair of the train’s tracks and stations.

The PNR did not receive any subsidy from the government to cover the cash deficit for its operational expenses, Dilay said.

It’s also the first time that the PNR received such an amount for its rehabilitation, Dilay added.

“The PNR had been neglected, it was not a priority. It’s only just now that authorities are recognizing that the barometer of a country’s progress is the condition of its railways,” Dilay added.

During the consultation, Dilay assured commuters that they will see improvements with the train line’s operations and facilities within the year.

The PNR has already allocated P160.68 million for the following projects: