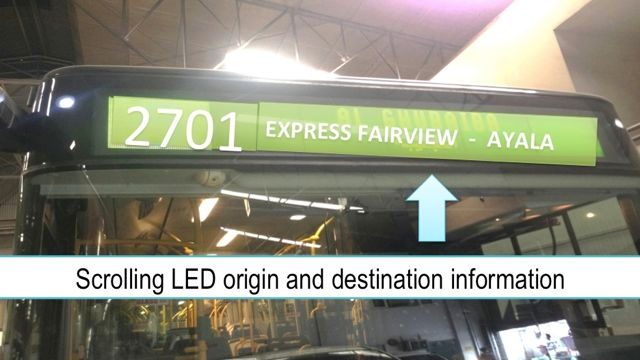 MANILA, Philippines – The soon-to-be-launched EDSA express bus service will not only provide commuters faster travel time and a more comfortable trip, it will also be a step toward a seamless transportation system, transport officials said.

During a meeting of the House committee on transportation on Wednesday, March 4, the Land Transportation Franchising and Regulatory Board (LTFRB) and the Metropolitan Manila Development Authority (MMDA) discussed details of the express bus project, which will have its pilot run on Monday, March 16.

“The approved brand name of this project is Express Connect…. It will connect [passengers] to the rails, the LRT and MRT, to provide passengers a seamless, convenient mode of transport,” LTFRB Chairman Winston Ginez said.

The launch of the new bus service comes as commuters and lawmakers continue to hit the frequent glitches and malfunctions plaguing the MRT.

“When the operations of the MRT normalize, will we do away with these buses?” he asked.

Ginez replied: “This will go hand in hand with the improvement of the rail system. In other countries, they always have this express bus because people would like to have faster mobility. This has been proven in South Korea and other countries.”

For the launch on March 16, the express bus service will run from Fairview in Quezon City to the Ayala central business district (CBD) in Makati City; and from Fairview to the Mall of Asia in Pasay City. Buses will make only one stop or two during the trips.

The bus service will ply these 3 routes:

“This is just the initial run. There will be about 10 express routes we will deploy after this initial run,” Ginez said.

The buses, which will be GPS-equipped and WiFi-capable, will be allowed to use underpasses along EDSA, and will be exempt from the MMDA’s number coding scheme.

The LTFRB, however, is still coordinating with Makati City for exemption from the city’s coding scheme.

Based on the LTFRB’s time and motion study, commuters traveling from Fairview to Ayala can expect to get to their destinations 30 minutes earlier. The study was done last Friday at 6 am during rush hour, Ginez added.

The buses are expected to run 24/7, including weekends and holidays. Commuters can also expect to pay no more than the usual fare currently being charged for rides on air-conditioned buses, Ginez said.

With the launch of the service later this month, Ginez said the agency hopes to have 20% of the entire bus fleet in Metro Manila – about 1000 vehicles – converted into express buses by 2016. – Rappler.com