China on travel warning vs PH: ‘Advice, not order’ 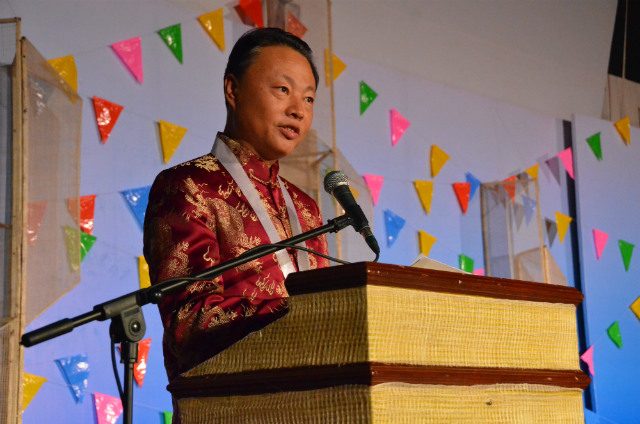 MANILA, Philippines – China maintained its travel advisory against the Philippines, but stressed it wants more tourists to visit the country with which it has a dispute over the West Philippine Sea (South China Sea).

“There is an advisory, but an advisory means a kind of advice. It’s not an order,” Chinese Ambassador to the Philippines Zhao Jianhua told reporters Tuesday, March 4, on the sidelines of an event at the Philippine Department of Foreign Affairs. (READ: China to Philippines: ‘We’re destined to be friends’)

Asked if China will lift its “travel ban any time soon,” Zhang clarified it is “not a travel ban per se,” but didn’t answer the question categorically.

He explained that China issued the travel advisory “because some other tourists got injured or got shot, and so people in China worry about the security situation here.”

China issued its travel warning against the Philippines in September 2014. China’s Ministry of Foreign Affairs advised Chinese citizens “not to travel to the Philippines for the time being…given the worsened security situation” in the Southeast Asian country.

The alleged bomb plot was linked to the dispute over the West Philippine Sea. This territorial and maritime row, which heated up in 2012, brought the relationship between the Philippines and China to its lowest point in 4 decades. (READ: China defends experts in Philippine power firm)

She said the Chinese government “needs assurance that their nationals are safe in the Philippines.”

Confirming this statement, Zhao said: “We are glad to see the authorities of the Philippine government have promised to make sure they will create a better environment for foreign tourists to come….We certainly would like to see more Chinese tourists coming over to the Philippines.” – Rappler.com