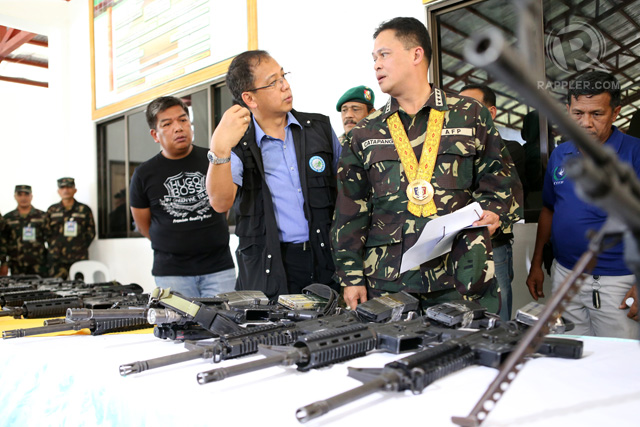 According to a presentation by the Armed Forces of the Philippines before the Senate, the President as Commander-in-Chief’s role in operations is to “give strategic guidance on how to handle a security threat.”

“As Chief Executive of the Philippines, the President could have given strategic guidance to Napeñas on the implications of conducting a law enforcement operation within MILF-controlled communities,” it added.

Napeñas, fearing leaks that would lead to another aborted mission, kept the operation a secret from the PNP’s top command, the AFP, Interior Chief Manuel Roxas II, and groups in Muslim Mindanao that help facilitate the peace process and the peace agreement that both sides signed last year.

Had the former SAF director bothered to coordinate with Brigadier Carlito Galvez, Jr., who heads the Coordinating Committee on the Cessation of Hostilities (CCCH), Napeñas would have known that “in past experiences, ceasefire could only be achieved after at least 6 hours of negotiations,” the BOI report said.

The Mamasapano bloodbath has endangered the peace process in Mindanao and caused the delay in the approval of the proposed Bangsamoro Basic Law by Congress. The peace deal is seen as the biggest legacy of the Aquino administation.

A current military offensive against the MILF’s breakaway group, the Bangsamoro Islamic Freedom Fighters, has displaced 93,000 civilians since February. –Rappler.com