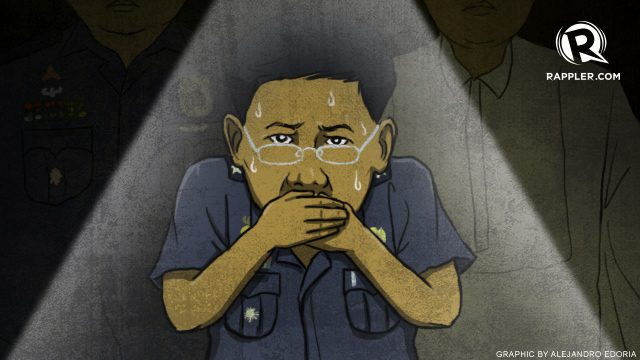 MANILA, Philippines – Purisima and Napeñas should have known better.

According to the police Board of Inquiry that investigated the bloody operation in Mamasapano, Maguindanao, the two police generals’ misinformation contributed to the bloodshed.

The report said about Napeñas:

“Due to inaccurate information from Napeñas, quick and appropriate counteractions were not made. The misleading information and the seeming lack of urgency on the part of Napeñas could have prevented [PNP OIC Deputy Director General Leonardo Espina] to take urgent action.”

“At a crucial stage of the crisis, suspended CPNP Purisima kept providing inaccurate and ambiguous information from unreliable sources, which resulted in eventual erroneous decisions.”

The BOI said that Napeñas, as a “seasoned combat officer,” and Purisima, as an “experienced Intelligence Officer,” should have done a better job.

The report, the most comprehensive thus far on the Mamasapano bloodshed, was released to the public on Friday, March 13, 6 weeks after the death of 67 – 5 civilians, 18 Muslim rebels, and 44 elite cops.

Around this time, the firefight was “most intense,” according to Rappler’s previous interview with GPH-Coordinating Committee on the Cessation of Hostilities (CCCH) chairman Brigadier General Carlito Galvez Jr.

(There are other groups blocking their way. Make sure the SAF troopers are careful about armed groups of rogue politicians in Mamasapano. More or less 100 armed men.)

The BOI noted that as an “experienced Intelligence officer,” Purisima should have known better than to forward unverified information.

“In this case, the information received by Napeñas from suspended CPNP Purisima appears to have contributed to the misappreciation by the former of the situation,” the report said.

Napeñas, it turns out, effectively lied, or at least misrepresented the truth to Espina.

At around 1 pm, Senior Inspector John Garry Erana of the 55th Special Action Company, had already contacted the tactical command post, “shouting” that the company was “overwhelmed and flooded by gunfire.”

Ensoy tried to reach Erana after the frantic message but there was only “radio silence.”

“It is likely that Napeñas, a seasoned combat officer, could infer from the radio communication of Erana and the succeeding radio silence as to that the situation of the 55th was on the ground….The misleading information and the seeming lack of urgency on the part of Napeñas could have prevented OIC PNP to take urgent action,” said the BOI report.

The BOI report noted that based on “standard practice” in military operations, “communications conducted through text message exchanges do not connote urgency to respond or react.”

“The act of typing text messages indicate that the sender has enough time to construct the message and to wait for the recipient to reply at his available time,” noted the report, referring to the text exchange between Napeñas and Espina.

Text messages, the BOI noted, “had the risk of leading to misunderstanding and confusion.”

Purisima also failed to relay urgency to Wesmincom chief Lieutenant General Rustico Guerrero, who he was texting on January 25. At 7:57 am, Purisima texted the military general, his classmate from the Philippine Military Academy:

Guerrero replied, and said “ground tank and artillery support are made available.”

Purisima construed this to mean tank and artillery support was already being given to the beleaguered troopers. But in reality, Guerrero only meant that they were on standby and that it would be up to the ground commander to give the go-signal for the use of artillery.

“Even if the response was ambiguous, suspended CNPNP Purisima failed to clarify its deployment by, for instance, calling Guerrero,” said the report.

The line “Baka puede artillery support sa AFP (Maybe the AFP can sent artillery support)…does not connote a sense of urgency as it seemingly gave Guerrero a choice to either send support artillery to the battle zone, or not,” said the BOI. – Rappler.com