After Mamasapano, a different PNPA homecoming 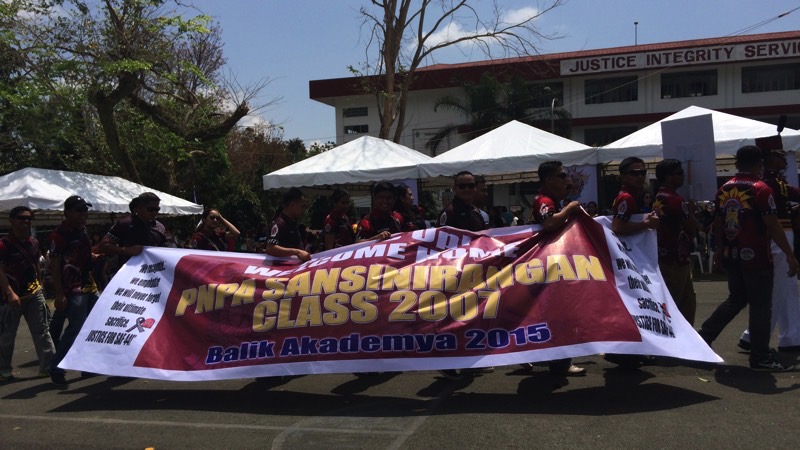 CAVITE, Philippines – They consider it hallowed grounds, a sanctuary where spats that happen in the line of work are not discussed, where people put differences aside and instead, look back on more carefree days of the past.

But on Saturday, March 14, at the yearly homecoming of the Philippine National Police Academy (PNPA), its alumni could not ignore the long shadow of “Oplan Exodus,” a botched police operation that claimed the lives of 67 Filipinos, including 44 members of the Special Action Force (SAF). 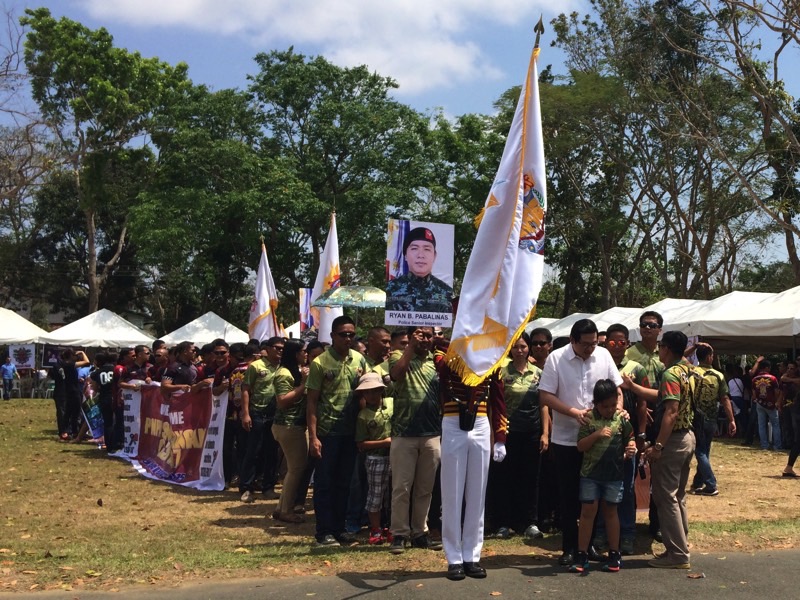 Classmates of Senior Inspector Ryan Pabalinas, among the slain members of the 55th Special Action Company (SAF), wore shirts with his face and name printed on it. Pabalinas was a member of the PNPA Class of 2006.

Families of the slain troopers also went to the homecoming and were promised assistance from the PNPA’s alumni association. The troopers who weren’t alumni of the police academy were also “adopted” by the 35 different PNPA classes.

The PNPA, or at least its alumni, is in itself being torn apart as a result of Mamasapano. Two of its alumni association leaders figured in a word war over a march for the SAF 44 held the prior weekend. PNPA Alumni Association president retired Chief Superintendent Tomas Rentoy III accused government of stopping police from attending the march.

The alumni association’s Camp Crame president, Senior Superintendent Jerome Baxinela texted Crame-based members of the organization to skip the march, arguing that it was “devoid of legality.”

In a statement, the police colonel denied any pressure from higher ups, and insisted his message was his “judgment call in the interest and for the sake and welfare” of PNPA alumni.

“I don’t regret my decision and action, and never will,” added Baxinela.