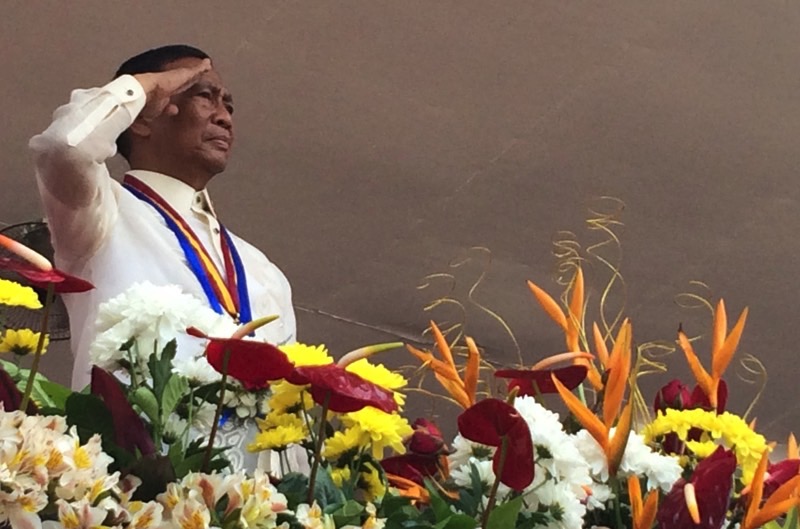 Vice President Jejomar Binay on Saturday, March 14, refused to comment on the findings of the PNP’s Board of Inquiry (BOI), saying he has yet to read the report.

The BOI report, the most comprehensive on the controversial operation thus far, said that Aquino violated the PNP’s chain of command when he dealt directly with sacked PNP Special Action Force (SAF) commander Police Director Getulio Napeñas to plan and counduct the operation. 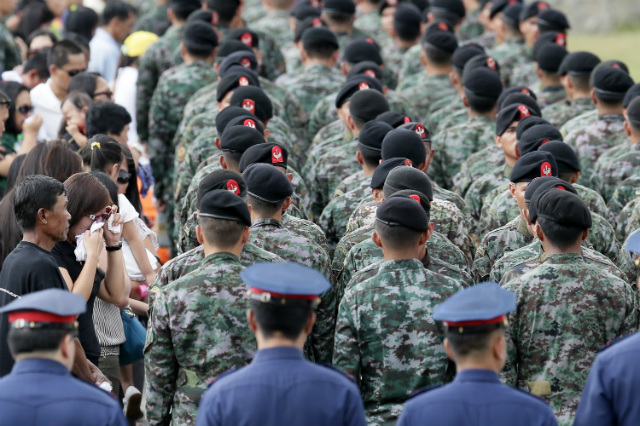 Cheat sheet: The truths and lies of Mamasapano

“Siguro kailangang basahin ko pa yung basehan kung bakit nasabi yun (I think I need to read the basis of that statement),” said Binay in a chance interview with reporters at the sidelines of the Philippine National Police Academy (PNPA) alumni homecoming at Silang, Cavite.

Pressed to comment on Interior Secretary Manuel Roxas II’s statement that Aquino was “not liable” for the operation, Binay again refused to comment. “Sabi ko nga kanina tignan natin yung basehan ng violation ng chain of command (LIke I said earlier, I want to read the report first),” he added.

Binay, a friend of the Aquino family, is presumed to be Liberal Party stalwart Roxas’ main rival in the 2016 presidential elections.

In his speech before alumni of the police academy, Binay called the Mamasapano clash a challenge to the republic and to the nation.

(Like you and the millions of other Filipinos, I too am looking for answers to important questions; those that need to be answered before justice can be found. This is a challenge not just to our republic but to our dignity as a nation.)

Six of the officers who died during the clash were graduates of the PNPA.

The BOI also said Aquino gave the go-signal for the operation, and was at fault for dealing with Napeñas and suspended PNP chief Director General Alan Purisima.

With Purisima’s preventive suspension over a graft case, the President should have communicated with PNP office-in-charge Deputy Director General Leonardo Espina.

Purisima, a personal friend of Aquino, later resigned over the incident.

Espina was kept out of the loop in the controversial operation, which claimed the lives of at least 67, including 44 SAF troopers. Napeñas, fearing leaks, also kept the military out of the loop, which he said was “compromised.”

The military was unable to send in artillery support, since it was not privy to the operation. (READ: Napeñas assured SAF troops of artillery, had no ‘abort’ option)

Napeñas and Purisima were also found to have violated the PNP’s chain of command. Purisima, the BOI noted, did not have authority to approve the operation since he was suspended.

In a separate statement, however, Justice Secretary Leila de Lima refuted the BOI’s claim that the President violated the chain of command. De Lima argued that, based on the civilian nature of the organization, the President was well within his powers to deal with subordinates directly because the PNP “does not have a chain of command.”

Asked whether the report “satisfied” him, Binay again answered: “Ang diperensiya hindi ko pa nga nababasa (The problem is I haven’t even read the report).” – Rappler.com