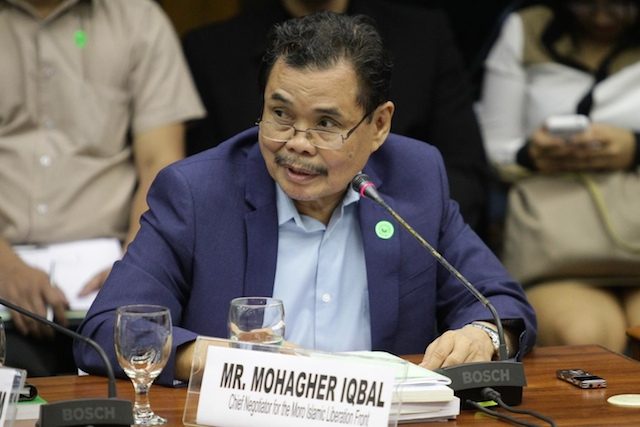 Facebook Twitter Copy URL
Copied
The chief negotiator of rebel group Moro Islamic Liberation Front reiterates he does not own a Malaysian passport, as alleged by some camps Alunan later said in a March 15 Facebook post that what he posted on his wall was from a private message that was sent to him. Alunan said Nograles should amend his statement to reflect this but maintained that he agrees with the Davao City lawmaker that authorities should look into the information.

The former interior secretary even added that he had been “told by Mindanao sources” that Iqbal and Murad have Malaysian travel documents and national agencies “should validate this ASAP.”

Iqbal has since called the allegations baseless.

In an interview with CNN Philippines on Monday, government chief negotiator Miriam Coronel Ferrer said the government had always known that Mohagher Iqbal was not her counterpart’s real name.

Iqbal has used another pseudonym in the past. He published two books under the pen name “Salah Jubair.”

A Mindanews report said he allowed the media to take photos of him with his Comelec ID but requested that the card not be photographed up close so as not to reveal his legal name. – Rappler.com