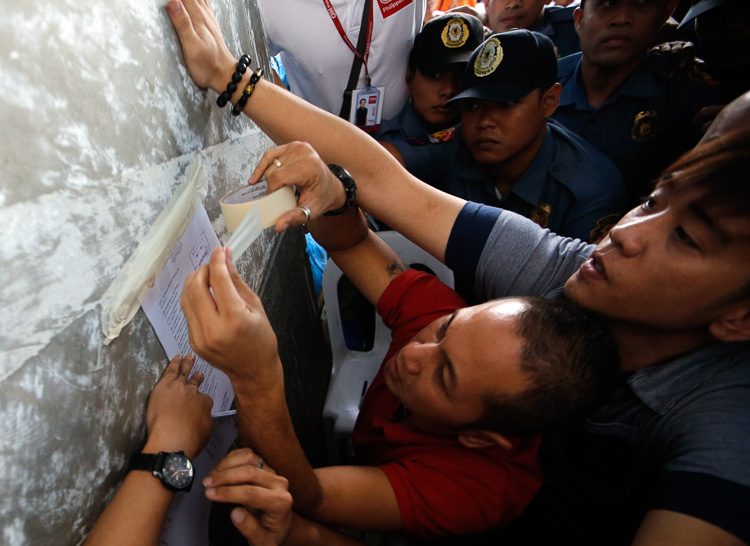 Facebook Twitter Copy URL
Copied
(UPDATED) The DILG says the court's TRO came after the suspension order against Makati Mayor Junjun Binay had already been enforced, 'hence, there was nothing to restrain'

MANILA, Philippines (UPDATED) – The Department of the Interior and Local Government (DILG) said on Monday evening, March 16, that the suspension order against Makati Mayor Jejomar Erwin Binay Jr remains valid despite a court order stopping it.

In a statement, the DILG said the temporary restraining order (TRO) issued by the Court of Appeals (CA) against Binay’s suspension order came hours after the DILG already enforced the suspension.

The appellate court’s resolution also came after Vice Mayor Romulo Peña had already been sworn in as acting mayor.

To resolve the issue, the DILG said it would refer the matter to Justice Secretary Leila de Lima.

Brion was “denied entry into the building, and was prevented from going up to the Mayor’s office,” the DILG added.

At 3:09 pm, the DILG said it received a notice of the CA resolution stopping the implementation of the Ombudsman’s preventive suspension order against Binay.

“The order of the Ombudsman has already been carried out; hence, there is nothing to restrain,” the DILG said.

Binay earlier welcomed the court’s issuance of the TRO, which came as tensions developed in the city hall premises, with more than a thousand police officers securing the area and blocking entrances, disrupting office work.

The TRO will be in effect for 60 days while arguments on the legality of the 6-month preventive suspension order is being heard. Hearings will be held March 30 and 31.

The Ombudsman’s order stemmed from a complaint over allegations of irregularities in a contract related to the construction of a Makati city building. – Rappler.com