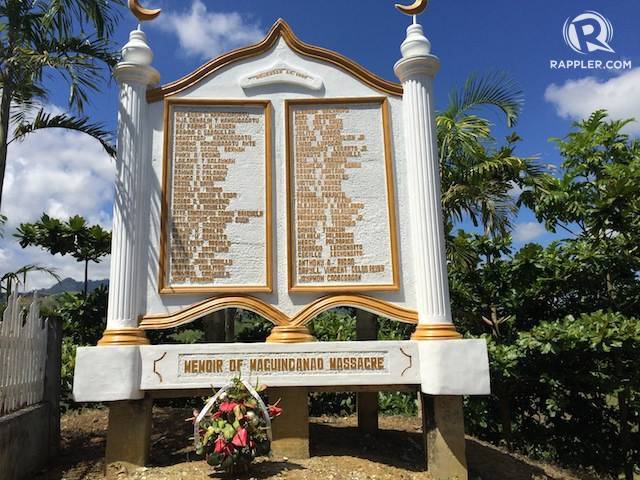 MANILA, Philippines – The justice department conducted on Tuesday, March 17, the first hearing in the preliminary investigation of the “second wave of suspects” in the Maguindanao massacre – 50 individuals, including town mayors and 14 members of the Ampatuan clan.

Maguindanao Governor Esmael Mangudadatu, who led the complainants, told reporters, “The new case will not cause a delay in the ongoing trial of the first batch of the Maguindanao massacre case filed before the Quezon City Regional Trial Court.”

Maguindanao massacre is the worst election-related violence in the Philippines and the world’s biggest single attack on journalists. In November 2009, a convoy carrying Mangudadatu, his family and supporters, and media men was stopped by Ampatuan’s men and were killed – to prevent Mangudadatu from filing his certificate of candidacy to challenge the clan.

Fifty-eight persons died, while Mangudadatu escaped the massacre and later won as governor.

The 43 complainants – relatives of those slain – said the “change of political atmosphere” in Maguindanao has emboldened “many witnesses came out to tell what they personally know about the horrible incident.”

“In the course of the Ampatuan, Maguindanao, massacre case, the witnesses presented in court have testified that several other persons who were not charged were involved in the planning, execution, and cover-up of what is known as the worst election-related case in the Philippines,” the complainants said.

“To attain full justice, we, the heirs of the Ampatuan, Maguindanao, massacre victims file the multiple murder case against the [mentioned] persons who participated in the gruesome commission of the crime.”

The complainants said there had been efforts to silence new witnesses. Last November 18, Denix Sakal was killed in an ambush while Sukarno “Butch” Saudagal was wounded. On December 10, former Mayor Akmad Ampatuan of Datu Salibo and his two companions were wounded in an ambush.

Among the respondents in the new complaint are:

The investigating panel gave the defense lawyers until April 16 to submit their counter-affidavits. – Rappler.com