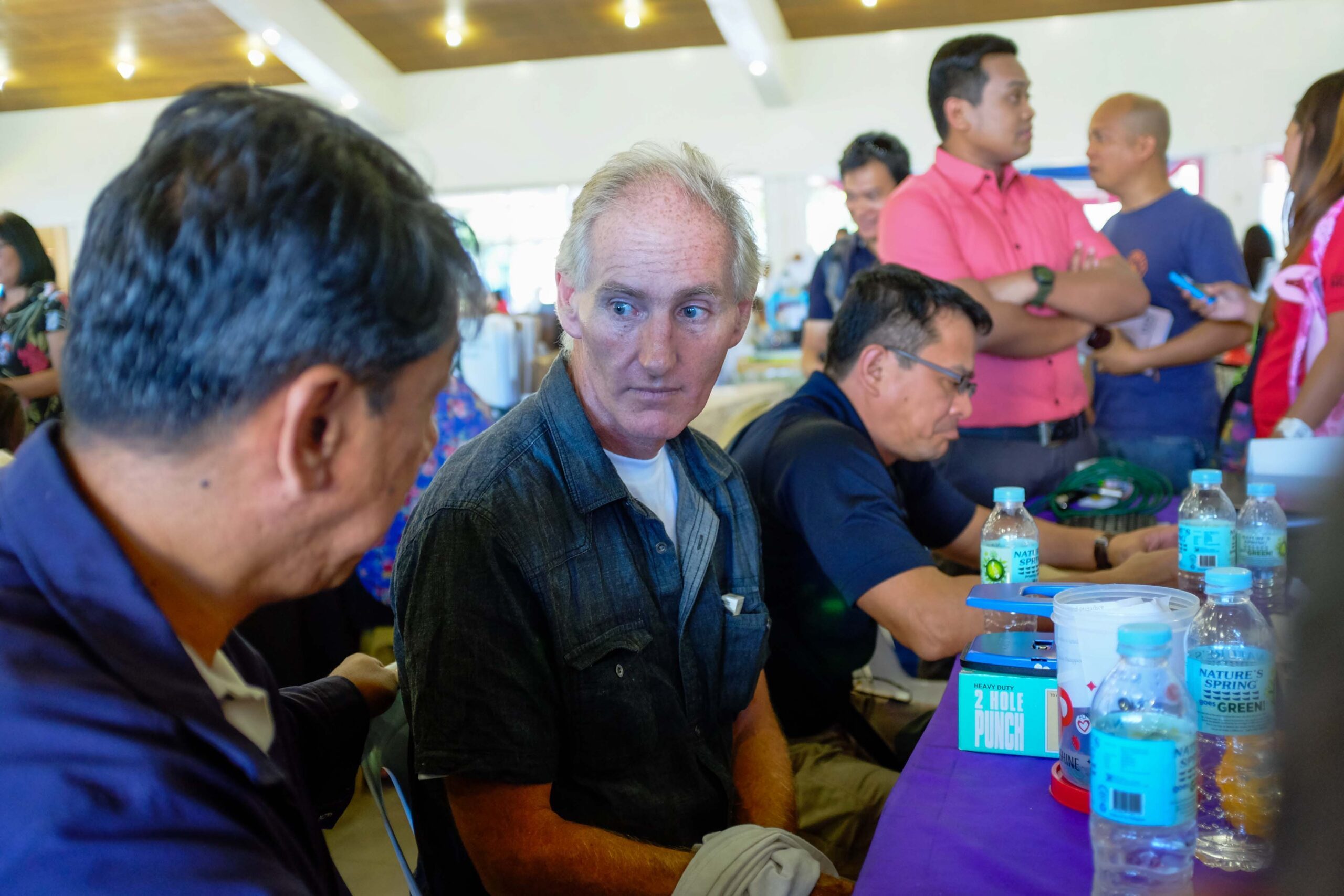 Sarah (not her real name), 9, positively identified Scully as the man who allegedly abused her in Malate, Manila in 2011, when she was just 4 years old.

Sarah arrived at the National Bureau of Investigation Northern Mindanao office in this city on Thursday, March 19, with a social worker from the Manila Department of Social Work (MDSW) and a psychologist from a non-governmental organization working on child-victims of trafficking and abuse in Manila.

Sarah, who identified Scully from photos shown to her by authorities, filed her sworn statement at the NBI-NM.

NBI Region 10 director Angelito Magno said that based on the account of Sarah, she allegedly met Scully through her mother, reportedly a prostitute who had the Australian among her clients.

The psychologist said that Sarah “revealed” Scully’s abuses during their regular consultations.

“We read on the news about Scully and what he does with children so we asked Sarah if she can recall the face of the man who abused her,” the psychologist said, adding that they even downloaded stories published about Scully and video clips from TV stations.

The psychologist and the social worker have requested not to be named for security reasons.

From the NBI headquarters, the social worker and the psychologist went to the Cagayan de Oro City jail to confront Scully. Sarah was kept in another room at the city jail.

The psychologist said Scully denied allegations of abusing children in Manila, and that he even stayed in the Philippine capital.

Scully has repeatedly claimed that he entered the country only in 2011.

Magno said they will ask their counterparts in Manila to verify the fresh allegations against Scully, including claims that he might have entered the country earlier than 2011.

“We are tracing the story, if it fits. Nonetheless, cases like this have to be investigated,” Magno said.

Sarah’s mother was arrested two months ago after Sarah’s psychologist filed charges against her for violations of Republic Act 7610 or the Special Protection For a Child Against Abuse, Exploitation, and Discrimination Act; and  RA 9208, the Anti-Trafficking in Persons Act of 2003.

The psychologist said that Sarah’s mother alleged that she met Scully as a child prostitute, and later became Scully’s partner in luring children.

“What happened then was that when Scully asked her in 2011 to bring young girls because she was already ‘too old’ for Scully, she was not able to bring any so she brought her own daughter, Sarah,”  she said.

When asked, the psychologist shared that there is little literature and studies on pedophiles because “few would admit that they are one.”

She said, however, that pedophiles are often victims of sexual abuse as children.

“They were abused when they were children and what they do now is that they derived power by exercising abuse and power over the vulnerable,” the psychologist said.

In Scully’s case, she observed that Scully “finds sexual satisfaction in his sexual perversions to muster the traumatic experiences he experienced as child victim.” (READ: 13-year-old girl: ‘Uncle Peter’ Scully sold me for P100,000)

“He becomes a punisher to others to compensate the trauma he went through as a child as an attempt to resolve the trauma,” the psychologist said.

She referred to Scully’s pattern of sexual abuse involving at least 8 young girls and the alleged murder of one in Surigao City in 2013, as a symbolic reenactment of his experiences. (READ: NBI digs bones of girl allegedly killed by Aussie pedophile)

The psychologist also urged authorities to be wary of Scully’s expression of “remorse” for his misdeeds.

“That ‘remorse’ is actually a ploy to further his experience of satisfaction as a sexual deviant,” she said.

The psychologist also revealed that Sarah, after living in their safe house since 2013, has showed signs of recovery from her traumatic experiences.

“With the right intervention the victims of sexual abuses can be healed and prevent them from being perpetrators, from victims to liberators,” she said.

She revealed that with their experiences in child trafficking, right intervention leads to healing but it not without pain.

“Intervention and healing is a painful process that needs to be taken, that it will lead to enlightenment. We need to show to the victims of sexual abuse that they can be healed by showing that they are worthy of love and respect,” the psychologist said.

That healing has to begin in a relationship with people who care and love them, she said. “If you deal with self worth, you can deal with lots of aspects in life.”

She also revealed that the government and society as a whole are responsible for such crimes on children.

“It all boils down to poverty, why parents sell their own children and that is a distorted values and lack of parenting skills. The systems we live in allow this kind of abuses to perpetuate because we have no adequate social supports that prevent crimes like this,” she said. – Rappler.com