Mamasapano report based on ’emotions, not facts’

Mar 22, 2015 10:55 AM PHT
Rappler.com
Facebook Twitter Copy URL
Copied
The Commission on Human Rights assails the Senate report for its skewed understanding of the peace process in Mindanao 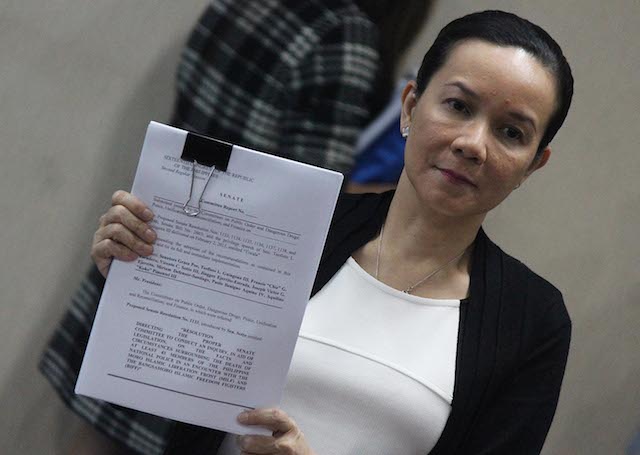 MANILA – It was based on emotions, not facts.

The Commission on Human Rights (CHR) assailed some of the conclusions made by the Senate investigation report on the Mamasapano bloodbath, saying these were “mostly based on emotions rather than an objective interpretation of facts.”

“While condemning what happened in Mamasapano, the Commission must caution against broad statements which serve no purpose other than to polarize public opinion,” Rosales stressed.

“While the Commission commiserates with the families of the victims and acknowledges that the killing of the Fallen 44 was unjustified, categorizing the incident as a ‘massacre’ is excessive,” she said.

The report, signed by 20 senators, was made by the Senate Committees on Public Order and Dangerous Drugs, Peace, Unification and Reconciliation, and Finance. The investigation was led by Senator Grace Poe.

It holds President Benigno Aquino III “ultimately responsible” for the Mamasapano carnage that killed 5 civilians, 44 police commandos and 18 Moro rebels. A separate report by the police Board of Inquiry also held Aquino responsible for “bypassing the chain of command” during the Mamasapano operation.

Rosales lamented that the report “merely painted the Mamasapano incident as black and white, without taking [into] consideration…the intricacies and complexities of the southern peace process.”

“While the BBL (Bangsamoro Basic Law) may have its defects, a court of law has yet to rule on the legality of its provisions. That legal luminaries have weighed in on both sides of the argument is a clear indication that even experts are divided on the matter. In any case, the BBL is pending before Congress, precisely to give Senators and Members of the House of Representatives the opportunity to review its provisions,” Rosales said.

She cited that other “internal conflicts take time to resolve.”

“In El Salvador, it took 12 years of fighting before the Government and the Frente Faribundo Martí de Liberación Nacional managed to enter into the Chapultepec Agreement. In Northern Ireland, two decades of violence preceded the signing of the Belfast Agreement,” Rosales said.

She emphasized that “the complexity of the situation in Mindanao is no different.”

Rosales also noted the failure of the Senate committees to highlight the welfare of civilians who died in the firefight.