Cadet Cudia finally speaks: I will fight to the end 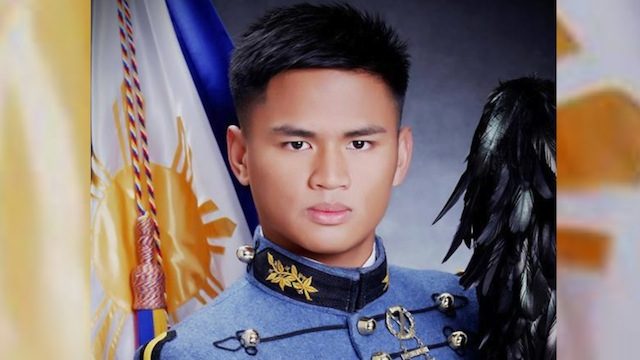 He is not giving up the fight.

(With your support and my clear conscience, I will fight for this case until the end and to the best of my ability.)

(While I, my family, and my supporters are saddened by the ruling on our case, I am happy to tell you that I am not losing hope to face all the challenges. I will continue to see the good in people and it is my prayer that the Surpreme Court, our remaining hope, will grant my appeal.)

Cudia was initially scheduled to hold a presser to speak on the issue for the first time and to announce that he will file a motion to ask the High Court to reconsider its ruling. Public Attorney’s Office (PAO) later in the day filed his appeal.

His motion for reconsideration read: “We seek not to deprive the Philippine Military Academy (PMA) of academic freedom; we, in fact, recognize the same.  But, it is one thing to say that the PMA enjoys said freedom to establish a disciplinary system and impose disciplinary action against an alleged erring cadet; quite another to conclude that in the process, a cadet did not suffer serious transgressions of his constitutional rights.”

“We humbly implore of this Honorable Court to take a second hard look on the facts and circumstances of the instant case,” it added.

Cudia, who was supposed to graduate salutatorian of the PMA Class 2014, was dismissed at the academy for supposedly lying about the reason he was two minutes late for a class. The school received widespread flak online over what is perceived to be a petty reason to dismiss a graduating cadet.

The school stood its ground, saying that lying is a gross violation of the PMA Honor Code. (READ: 2 minutes late for class, PMA cadet dismissed?)

Aside from the PAO, the Commission on Human Rights called for the reversal of the PMA ruling. The SC ruling said, however, that the PMA Honor Code should be respected. (READ: PMA violated Cudia’s rights – CHR)

Cudia’s battle is unprecedented. It gave the public a rare view of cadet activities and proceedings of the highly secretive honor committee, a group of students who can decide to dismiss fellow cadets over violations of their honor code.

The case confused PMA alumni, too. In the past, it requires a unanimous vote of the honor committee to dismiss a fellow cadet. This has apparently been revised to allow a review of the vote after a meeting among its members called “chambering.” The initial vote to dismiss Cudia was 8-1. It was the second vote that yielded a unanimous vote, 9-0.

Cudia is fighting for the implementation of the original rule.

The contoversy forced the defense establishment to acknowledge the need to review the PMA honor system to adjust to the times. (READ: 50 cadets once left over code violations)

(We now have laws that were not there during our time, like the International Humanitarian law, [International] Human Rights [Law]. We did not violate anything because back then, there were no such laws.)

In spite of his continuing battle, Cudia thanked in his statement the PMA, its superintendent, the classmate turned Navy officer who he said was very supportive, and the PMA commander who executed an affidavit in his defense. – Rappler.com