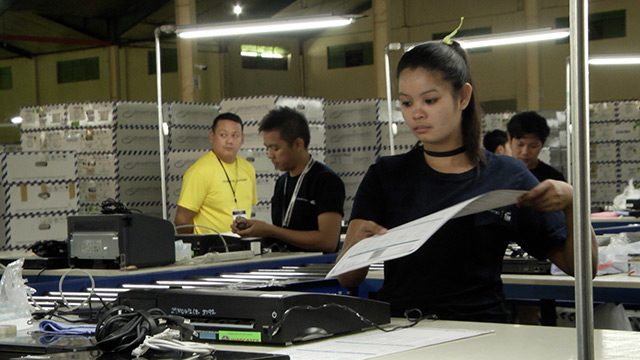 MANILA, Philippines – Heeding an order from the Supreme Court (SC), the Commission on Elections (Comelec) on Wednesday, March 25, stopped repairing vote-counting machines for the Philippine elections in 2016.

In a memo, Comelec Acting Chairman Christian Robert Lim directed “all concerned personnel conducting diagnostics and refurbishment operations on the precinct count optical scan (PCOS) machines…to comply with the order of the Supreme Court until further orders by this commission.”

This comes after the SC on Tuesday said it stopped the Comelec from implementing a contract with technology provider Smartmatic-TIM to repair, refurbish, and maintain 82,000 PCOS machines.

The SC, in particular, issued a temporary restraining order (TRO) against a P268.8-million ($6.08-million) deal for the repair of PCOS machines.

Critics called the contract illegal because the Comelec didn’t subject it to public bidding.

The Comelec started the diagnostics process on March 16. On March 20, it also conducted a walkthrough of its PCOS warehouse in Cabuyao, Laguna, for journalists and Senator Aquilino Pimentel III, chairman of the joint congressional oversight committee on the automated elections.

‘Manual voting not the issue’

Poll watchdog Citizens for Clean and Credible Election (C3E), for its part, hailed the SC for issuing the TRO on Tuesday.

C3E urged the Comelec on Wednesday to “abandon the negotiated contract with Smartmatic,” and to conduct a public bidding for the “diagnosis, testing, repair, and upgrade” the PCOS machines.

The group also said the Comelec “should open the PCOS machines for inspection” by various information technology experts and companies “to prepare them for public bidding.” The group stressed that the Philippine government, no longer Smartmatic, owns these machines after having bought these in 2012.

It also assailed the Comelec for “raising the specter of going back to manual voting” because “that is not the issue.” (READ: Manual poll counting? ‘We’ll return to Jurassic Park’)

C3E said: “We maintain that Smartmatic committed numerous violations and various forms of misrepresentation to justify its blacklisting in any election-related bids to be conducted by the Comelec. Letting Smartmatic participate in any succeeding elections would be a travesty.”

The group said it is consulting lawyers “on further legal action we may take.” – Rappler.com