The devotion of Ben Kristo Facebook Twitter Copy URL
Copied
Ruben Enaje, known as 'Ben Kristo' due to his plum role in his city's Senakulo, is planning to retire after 29 consecutive years of crucifixion

As he silk screened shirts with the face of Jesus, Ruben Enaje – famously known as “Ben Kristo” – discloses to Rappler his intention to soon retire from his role as Jesus Christ in the yearly Senakulo (Passion Play).

For 29 years of devotion and passion, preparing each year to be nailed on the cross, Ben continues to carry the substantial responsibility of playing Jesus.

However, he can’t give up Jesus just yet for several reasons. “Ngayong taon, sa akin pa rin binigay ng directors at ni kapitan ‘yung papel na Jesus (This year, the directors and  the barangay captain still chose me to play the role of Jesus),” shares Ben.

(It’s not appropriate to represent a less than good image of the Lord. It’s not proper that you portray the Lord while you are doing unholy things.) For the role of Christ to be played by an “unholy actor” would be, more than an irony, disrespectful to the tradition. This is also the reason why even with other candidates to replace Ben, the organizers wouldn’t allow it, fearing that once the wrong person assumes the role, their town’s image will be ruined.

Every year, thousands of pilgrims, tourists, and international media flock the area just to witness Via Crusis (Way of the Cross) – a community play that stages scenes before Christ’s crucifixion.

In a statement, San Fernando Mayor Edwin Santiago said the city government will shell out P300,000 just to guarantee the safety and success of the annual Lenten rites.

“There will be no income for the city but there will be enormous benefits for the small and big businesses not just in San Fernando but in other cities and towns in Pampanga,” shares Santiago.

The city officials also believe that the Holy Week rites in Pampanga’s capital will help hotels in nearby Angeles City. Falling off 30 feet from a construction site without a single broken bone, the then construction worker from Tarlac decided to become a devotee and an actor in the annual Via Crusis.

“Matapos ‘nung aksidente, pumasok talaga sa isip kong magpapako [bilang pasasalamat] (After the accident, it came across my mind to be crucified as a way of thanksgiving),” recalls Ben.

Known to be afraid of even a drop of blood since childhood, Ben’s father and aunts initially laughed at the idea. Meanwhile, Ben’s wife Nita added that her husband’s many fears includes the sound of bamboo whip against a penitent’s skin.

As time passed, Ben found more reasons to continue with his devotion. When Ben and Nita’s eldest daughter was pregnant, she had a serious medical condition involving her respiratory system that endangered both mother and unborn child. Ben prayed and promised to extend his devotion for 9 more years. 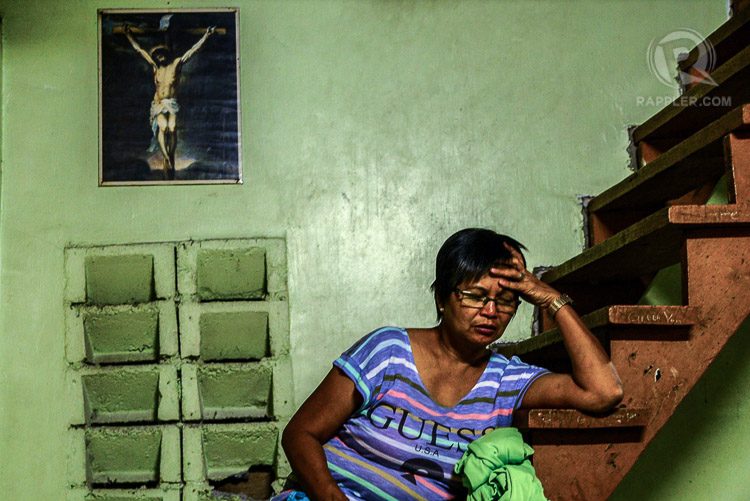 Criticisms about Ben’s portrayal of Christ’s crucifixion would resurface whenever Holy Week approaches.

(Many would ask me to stop. Sometimes even people from Church would come to my house to tell me not to do it anymore. But eventually, I got used to it because they disappear after the Holy Week.)

Despite the disapproval of some critics, the Enajo family remain steadfast in their faith expressed through Ben’s crucifixion. For Nita, the annual participation in the Via Crusis helps not only their family but also the whole community of Cutud. Though some church people openly discourage the old tradition, the family says that it keeps them closer to each other, and to God. Prior to Ben’s devotion, life was tough for the family, Nita recalls. But as her husband pursued his religious vow, the Lord has been good to them. Their family became closer while their livelihood has also improved. From being a construction worker, Ben is now a contractor.

In a Catholic Bishops’ Conference of the Philippines (CBCP) report on March 6, San Fernando Auxiliary Bishop Pablo Virgilio S. David re-emphasized that living one’s faith is more important than “carrying out merely outward, ritualistic penitential acts.” He lamented that many are still misguided in doing  such acts of  penance during Lentwhen there are safer and more concrete ways of doing this.

Nita says her family has learned to ignore the criticisms as Ben’s participation in the annual rites have brought good things to their lives. The family tries to reciprocate the blessings they receive. Every Holy Week, the Enaje family gives food to pilgrims, tourists, and volunteers.