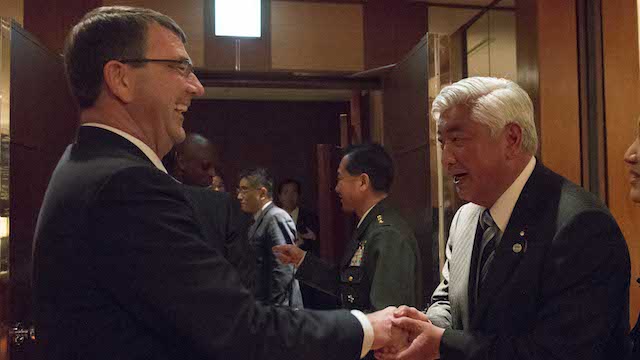 MANILA, Philippines – Expanded war games between the US and the Philippines is meant to further deepen alliances, US defense chief Ash Carter said in a press briefing in Japan on Wednesday, April 8.

“The Philippines has long been a security partner of ours. We want to deepen that kind of security and I think that the government of the Philippines wants to do the same. That is reflected in the increased activity and intensity of our exercises together,” Carter said.

The US more than doubled its troops’ participation in the annual Balikatan war games in various parts of the Philippines this month – from 2,500 in 2014 to nearly 7,000 this year.

Carter, who was in Japan for his first Asian visit as Pentagon chief, was responding to queries on whether the exercises have been scaled up in response to Chinese activities in the West Philippine Sea (South China Sea). (READ: PH fears miscalculation in the West PH Sea)

The exercises are led by the commander of the military unit in charge of the West Philippine Sea, Vice Admiral Alexander Lopez of the Palawan-based Western Command. 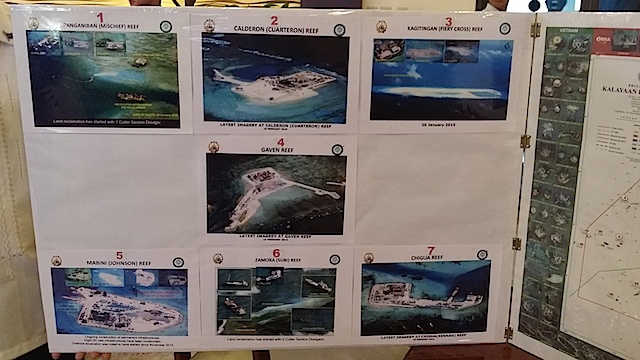 Carter highlighted his government’s “strong stand” against the militarization of the dispute and reiterated its support for status quo in the disputed territories.

“While we don’t, as we frequently say, take a stand in any of those territorial disputes, we take a strong stand against militarization of those disputes,” Carter said.

“The opportunity that that kind of activity creates for tactical circumstances to take on strategic significance – that’s not in anyone’s interest in the region so we watch it very carefully,” he added.

Carter vowed to take the US rebalance to the Asia-Pacific region to its “next phase” and recognized Japan’s role in regional peace and security.

Japan also has a maritime conflict with China over islands in East China Sea, particularly the Senkaku Islands. – Rappler.com