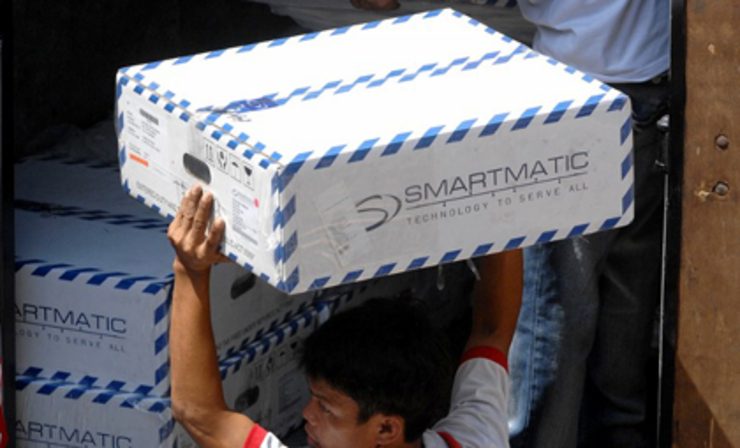 MANILA, Philippines (UPDATED) – The Supreme Court on Tuesday, April 21, nullified the contract between the Commission on Elections (Comelec) and Smartmatic-Total Information Management (TIM).

Supreme Court Spokesperson Theodore Te said the en banc ruled that the Comelec failed to justify the extended contract without public bidding, adding that the order was immediately executory.

An election watchdog asked the Supreme Court on last February 2, to nullify the contract between the Comelec and Smartmatic for the diagnostics of voting machines to be reused in the 2016 national elections. Ten convenors of the Automated Election System Watch (AES Watch) had filed a 44-page petition for certiorari and prohibition with preliminary injunction against the Comelec and Smartmatic-TIM before the SC.

They asked the High Court to declare Comelec Resolution 9922 as void from the start “for having been adopted in grave abuse of discretion, amounting to lack or an excess of jurisdiction.”

Petitioners said Resolution 9922 promulgated on December 23, 2014, approved a P300-million deal for the first stage of Smartmatic’s extended warranty proposal. The contract, which did not go through competitive bidding, was said to be tailor-fitted to Smartmatic. It involves the diagnostics and minor repairs of the 82,000 precinct count optical scan (PCOS) machines that were used in the 2010 and 2013 elections.

In an interview with the media following the SC decision, Comelec spokesperson James Jimenez said the poll body look into other possible options to avoid a “no-election scenario” in 2016.

“Right now, the task that really lies before the Comelec is to single out the one best option that would meet the needs of our electorate,” Jimenez said.

He added that the Comelec “will find the best way to marshal” available resources.

The options include a possible return to manual elections or the use of the PCOS machines in a modified central count optical scan (CCOS) system.

With regards to manual elections, Jimenez explained, “There would be many issues… Operational, legal issues as well, but in the end, mas okay na yon kaysa walang halalan (that’s better than having no elections).”

Jimenez also said that the poll body would wait for a copy of the SC ruling before deciding whether or not to file a motion for reconsideration. – Rappler.com