DOH: Students to get tetanus shots for ‘lifetime immunity’

Apr 21, 2015 4:16 PM PHT
Jee Y. Geronimo
Facebook Twitter Copy URL
Copied
With a budget of P100 million, the health department will launch in August a school-based immunization program that will vaccinate millions of students against tetanus 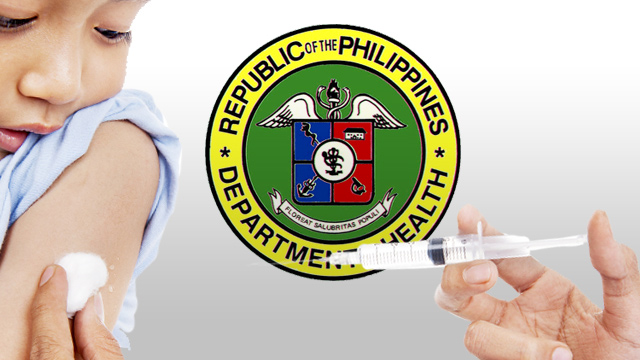 MANILA, Philippines – The Department of Health (DOH) will roll out a school-based immunization program in August to give students “lifetime immunity” against tetanus.

“One of the innovations of the Department of Health now, aside from child immunization and senior citizen immunization…in between will be the adolescent and school-based immunization,” Garin shared.

In addition to this, a total of 1,674,371 grade 7 students will also get vaccinated against measles, rubella, tetanus, and diphtheria (MRTD).

According to the World Health Organization (WHO), tetanus is acquired when the spores of the bacterium Clostridium Tetani infect a wound or a newborn’s umbilical stump. People of all ages can get tetanus, but it can be prevented through immunization.

Garin said giving TD and MRTD vaccines to students is crucial, especially in a disaster-prone country like the Philippines.

“‘Di ba kapag may calamities – may earthquake, may bagyo – magtatakbuhan ‘yung mga pasyente ‘pag nasugatan para mag-inject ng anti-tetanus, [but] in fact you can actually prepare for it,” she said.

(During calamities – earthquakes or typhoons – wounded patients run to hospitals to get anti-tetanus shots, but in fact you can actually prepare for it.)

On top of the 3 doses of tetanus vaccine given during the first year of life, the booster shots to be given as children reach grades 1 and 7 “will give…lifetime immunity during calamities.”

(You can just get an additional shot, but you don’t have to rush to the hospital 24 hours after getting wounded because you are already protected.)

But DOH’s anti-tetanus program is one dose short compared to the WHO’s prescription for a lifetime protection against the disease, which includes:

Tetanus is one of the vaccine-preventable diseases included in DOH’s Expanded Program on Immunization.

The school-based immunization program that will begin in August will also include giving human papilloma virus (HPV) vaccine to 300,000 female, grade 4 students in the 20 poorest provinces in the country. – Rappler.com