Sons to reunite with Filipina maid on death row in Indonesia 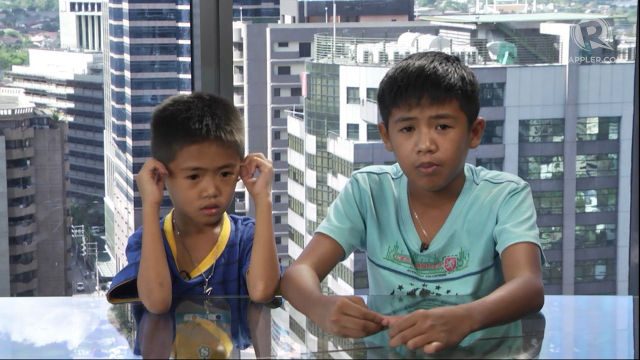 Facebook Twitter Copy URL
Copied
The Philippine government pays for Veloso's sons, aged 6 and 12, and her mother to fly to Indonesia, according to foreign department spokesman Charles Jose

MANILA, Philippines – The two young sons of a Philippine maid on death row for drug trafficking in Indonesia will fly out Thursday, April 23, for a feared final reunion, the government said as it mounted a last-ditch campaign to save her.

Mary Jane Veloso, 30, is facing imminent execution for drug trafficking along with a group of other foreigners as Indonesian President Joko Widodo presses on with his war on illegal drugs.

The Philippine government has paid for Veloso’s sons, aged 6 and 12, and her mother to fly to Indonesia, said foreign department spokesman Charles Jose.

They will join Veloso’s father and sister who are already in Indonesia. The family plans to spend a week with her as the government pursues every means possible to have her death sentence commuted, Jose said. (WATCH: Rappler Talk: The fate of Mary Jane Veloso)

Philippine vice president Jejomar Binay is in Jakarta this week for an Asia-Africa summit and is spearheading the government’s efforts to save Veloso, who insists she was duped by an international drug syndicate.

On Wednesday he delivered a letter appealing for clemency to the Indonesian government from President Benigno Aquino.

Binay also hoped to meet Widodo this week to make a direct appeal.

A second appeal for the Indonesian courts to reconsider the conviction is being prepared, according to Jose and the National Union of People’s Lawyers, which has been assisting in Veloso’s case.

The petition, which is expected to be filed on Monday, will argue that Veloso was a victim of human trafficking and that she is not a drug smuggler, said the union’s assistant secretary-general, Ephraim Cortez.

Veloso was caught at Yogyakarta airport in 2009 with 2.6 kilogrammes (5.73 pounds) of heroin sewn into the lining of her suitcase.

Veloso claims a family friend, working with an international crime gang, had secretly placed it in the suitcase.

Veloso said she had flown to Indonesia because the friend had promised her a job as a maid.

International drug gangs often prey on Filipinos working abroad, deceiving or threatening them, or offering big cash rewards, according to the government and labour rights groups.

More than 800 Filipinos are in jails overseas, with 41 on death row, foreign ministry spokesman Jose said. Most of those facing execution are in China and Malaysia. – Rappler.com