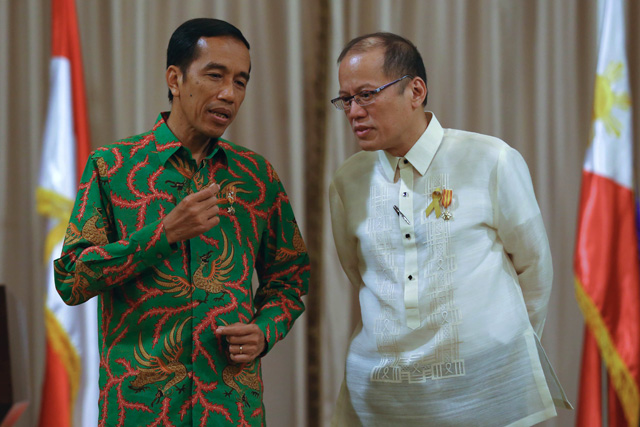 Veloso, 30, a single mother of two young boys, is among 8 foreigners who are due to face the firing squad in the high-security Indonesian prison island of Nusakambangan.

She was arrested in 2010 with 2.6 kilograms of heroin sewn into the lining of her suitcase, but insists she went to Indonesia for a job as a maid and was duped by an international drug syndicate.

In a statement on Monday, April 27, Communications Secretary Herminio Coloma Jr said Jokowi is speaking to authorities on the matter.

“President Aquino talked with President Jokowi earlier this morning and appealed for humanitarian consideration for Mary Jane Veloso who was apparently duped into being an unwitting carrier of illegal drugs,” Coloma said.

Aquino is in Malaysia with Jokowi and other ASEAN leaders for the 26th ASEAN Summit. He earlier said he would speak to his Indonesian counterpart once in Malaysia to appeal for mercy for Veloso.

Veloso’s lawyers are also waiting for the Sleman district court in Yogyakarta to respond on Monday to the second case review request filed just before court closed on Friday.

Sleman court spokesperson Marliyus told reporters on Monday they have issued the formal receipt for the case review request.

“The head of the Sleman court will issue a decision on it. He will either decide to appoint the judges to handle the case review or issue a rejection,” he said. – With reports from Jet Damazo-Santos in Cilacap, Indonesia / Rappler.com